When you think about the most respected careers in your home country, what are they? Soldiers, doctors, nurses, firefighters? If you ask any local in Thailand, one of the first answers you’ll hear is “teacher.”

This goes double for foreign teachers. As long as you smile and do your best to be respectful, you will be awkwardly brought to the front of lines, served first and receive a deeper bow when greeted than your age would usually grant you. One of the many ways I’ve experienced this is the teacher appreciation day known as “wai khru.”

I could write an entire book – nay, volumes — on teaching in a Thai government school, but the one thing that every “kru farang” (white teacher) learns is that the Thais know how to holiday. Depending on what school you teach in, you will have close to a dozen holidays during a four month semester. 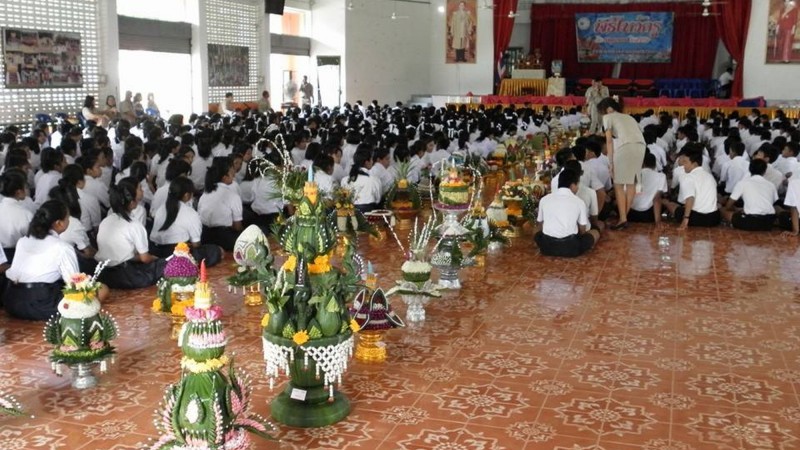 In addition to usually requiring two days (one for preparation of whatever song and dance is necessary and one for the actual celebration), they’re often unexpected and pop up like a jack in the box. I can’t tell you how many times I was writing some “Jill went to the store” practice dialogue on the board with my back to the class, only to turn around and find students packing up their things.

“Teacher, no more class today. There is a holiday.”

It’s easy to blame this on a communication or language barrier, but usually my fellow Thai teachers were just as surprised as I was. 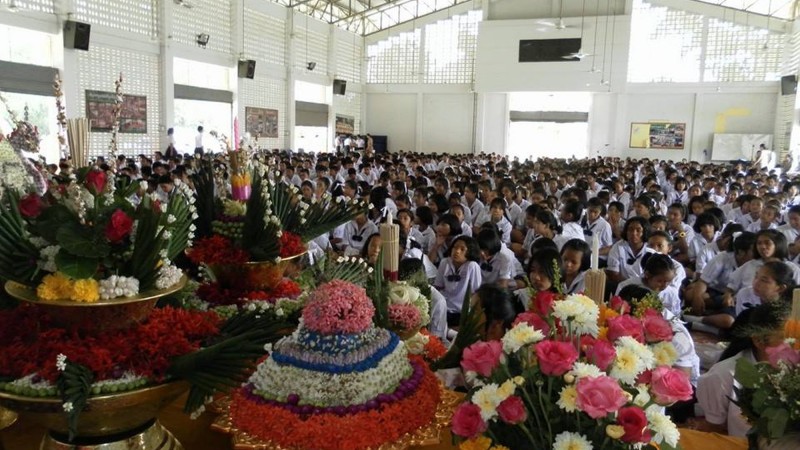 Now, “Wai Khru” is one of the more important holidays, so I knew it was coming at some point. As a new teacher, I was vaguely aware of it and its importance, but I had no idea what to actually expect from it.

One day, I went to my first after-lunch class and found my students constructing a giant Facebook logo entirely out of flowers and bamboo leaves. Like any situation where the confusion seems too great to be overcome with some Jim Carrey pantomiming, I left to find answers in the English office. They told me that tomorrow was a teacher celebration day and students had the afternoon to prepare for the ceremony. I still have no idea where the students acquired the rainbow of flora or the skills to turn it into professional looking arrangements, but bless them for giving me the afternoon off. 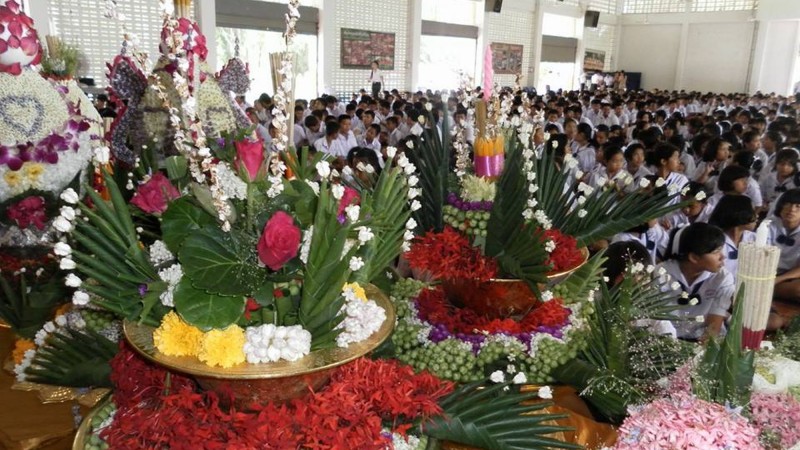 The next day I had to do some hunting to find where my students and fellow teachers were hiding. I eventually found the entire school in the gym (that I had never actually seen used for anything before). All 1,400 students were lined up straight-backed and sans their usual, unstoppable smiles, by grades and levels with their flower arrangements proudly displayed at the head of the room.

Every one of my government-uniform-wearing fellow teachers and administrators were already sitting on the stage and I made my way to join them—still entirely unaware as to what the day held for me. As per just about any school wide activity, the principal prayed to the Buddha shrine at the front of the room and students followed along with traditional chanting. 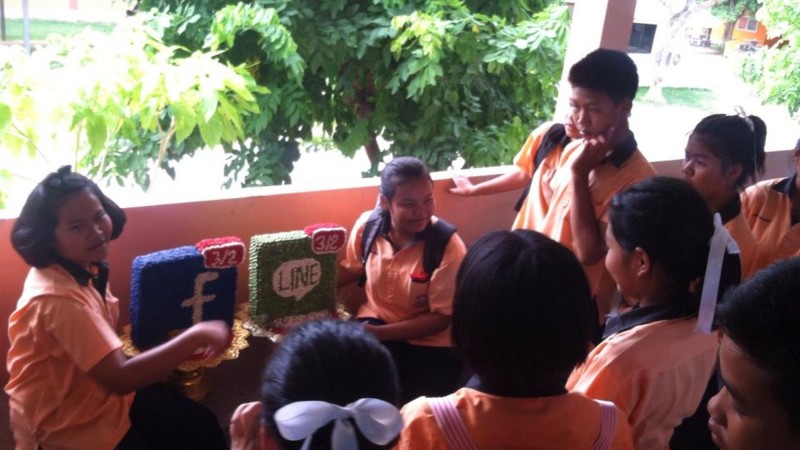 A Lesson in Flagellation

The first (and longest) part of the ceremony consisted of students coming on to the stage, about five at a time. The head of each class’s level (there are five levels within each of the six grades) was the first to approach when his or her room was called forward. This leader presented their flower arrangement before giving a very traditional “wai,” or bow, to whichever teachers were sitting in the front five seats at that time. A “wai” consists of placing your palms together in front of your chest and slightly bowing at the torso with your elbows tucked in. Anyone older than you, monks, and the King all get more reverent bows with your palms being placed higher based on the required respect. 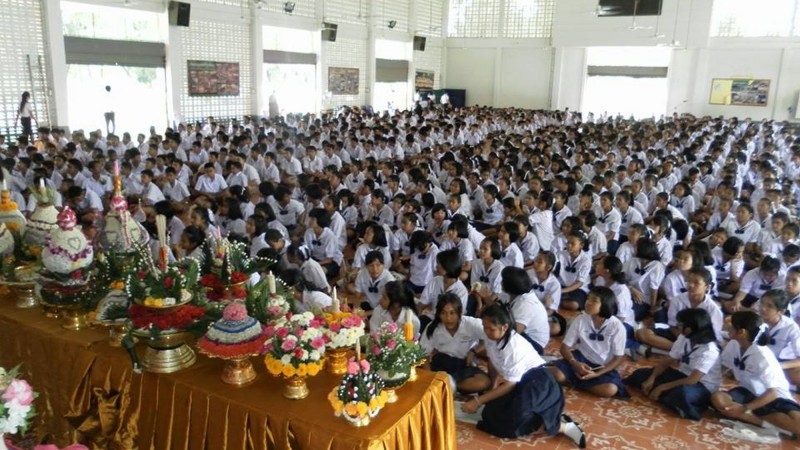 Since any one person usually ends up “wai-ing” at least 15 people per day, it usually becomes a rushed and sloppy action that resembles hitting yourself in the face. However, on this day, every student approached like it was a military parade, dropped to their knees, placed their steepled palms on the bridge of their noses and bowed until they were touching the floor. Teachers placed their hands on the back of the students’ heads and half-whispered something in Thai.