If you’re planning a trip to Disney World, the options may seem absolutely overwhelming. There are multiple parks to visit and dozens of Disney-branded options for hotels and resorts on-site.

If you’re organizing a trip for a family or a larger group, you’re looking at spending thousands of dollars and that’s before you get inside the park itself. Even though the initial costs can be overwhelming, luckily there are tons of ways to enjoy yourself in the parks while saving money. There are tons of secret ways that you can save money, get a glimpse behind the scenes, or just ensure a more relaxing, rewarding experience.

1. Use an Authorized Disney Vacation Planner to Plan Your Trip

If you want some professional help while planning your Disney World trip, you should ensure that you consult an Authorized Disney Vacation Planner instead of a travel agent that happens to specialize in Disney vacations.

Authorized Disney Vacation Planners are paid by Disney. So, you don’t need to pay them a cent because they get paid on commission. Plus, they need to meet rigorous standards in order to get referrals from Disney, so you know they’re knowledgeable.

Usually, these planners are huge fans of Disney. As such, they know everything about the parks and are eager to help you have the best experience possible.

2. Those Smells Aren’t in Your Imagination

Once you get into the park, it’s hard not to want to experience everything all at once. The ways the parks are designed allows for full immersion in the Disney atmosphere — including what you’re smelling.

The Imagineers, Disney-speak for park designers, use a Smellitzer machine to constantly pump relevant scents into the air. These scents will vary depending on where you are in the park. By Pirates of the Caribbean, the air smells like gunpowder. Throughout Main Street, USA, you can smell freshly popped popcorn and baked goods.

3. Celebrating an Occasion at Disney World Is a Great Way to Get Free Stuff

Disney World prides itself on being an excellent place to celebrate life events and occasions ranging from birthdays to weddings and everything in between.

If you’re interested, you can go to City Hall and grab a button that says, “I’m Celebrating!”, or one that references your special event. Although it’s not a guarantee, many people report that they often receive special attention and freebies when they’re wearing their buttons. For example, newly engaged couples will often get free champagne or dessert. The birthday celebrant usually gets a rousing “Happy Birthday!” from every character they pass.

4. There Are Almost 400,000 Feet of Underground Corridors Running Under Magic Kingdom

Although you can’t see them, a fun fact to tell your friends is that there are over 390,000 square feet of underground corridors running under Magic Kingdom. These corridors are used so cast members and staff can make their way through the park without interrupting the guest experience.

Apparently, these corridors were a brainchild of Walt Disney himself, who was frustrated seeing cast members in incongruous outfits trying to sneak between parks.

5. There Are Free Drawing Classes Held at the Art of Animation Resort

If you’re staying at any Disney World resort, you can take part in free animation classes. These classes are held at least three times a day at the Art of Animation Hotel. open to adults and children, these classes will help you develop your animation skills.

If you miss the classes because you’re already in the park, head over to Hollywood Studios. There are free daily animation classes at the on-site Animation Academy.

6. None of the Flags in Magic Kingdom Are Real

Another fun Disney fact is that none of the American flags in Magic Kingdom are real. If they were, Disney World would have to abide by the strict rules of the U.S. Flag Code, which determines what can be done with a flag. They would also have to raise and lower them in accordance with world events, which the Imagineers did not want to do.

Instead, all the American flags that you see in the park are missing a star or stripe here or there. As such, they are referred to as pennants.

7. Anything You Buy Can Be Delivered to Your Disney World Hotel for Free During Your Stay

If you plan on buying a lot of souvenirs inside the park, you should know that anything you buy from a park store can be delivered to a Disney World hotel or resort room for free. This is an especially useful service if you enjoy souvenirs, but don’t want to be lugging all your purchases around with you for hours.

8. EPCOT Was Originally Planned as a Real Community

Did you know that the theme park EPCOT was originally planned as a real-life community?

EPCOT is really an acronym for the original concept of the park, which was called the Experimental Prototype Community of Tomorrow. Walt Disney originally planned for it to be an idyllic company town with none of the crime and disorganization of a traditional modern city.

Even though the original purpose of EPCOT never came to fruition, several of Disney’s innovations like the monorail were incorporated into the theme park.

9. If You Really Want to Get in the Disney Spirit, You Can Request a Wake-Up Call from Mickey Mouse or Stitch

If you’re not a morning person, you can make your early rising hours a little happier by ordering a personalized wake-up call from either Mickey Mouse or Stitch from Lilo and Stitch. You can order your own wake-up call at any Disney World hotel or resort by pressing the wake-up call button on the phone in your room.

There are tons of hidden passages, rooms, and areas in Disney World that you can explore. However, one top-secret room that you can only access by winning a contest or by being an ultra-important VIP is the secret suite in Cinderella’s Castle.

This suite was originally intended for Walt Disney and his family. As such, it can sleep up to six people at a time. The interior is decorated in lush 17th-century style including a mosaic floor with 24 karat gold tiles, an authentic antique limestone fireplace, and stained-glass windows that overlook the park.

If you want to stay here, keep an eye out for the frequent contests that offer nights here as a prize.

You may be wondering why the animals in Animal Kingdom are more interesting and active than they are in zoos around the country. The naturalists and staff on-site put the animal’s welfare first. They also ingeniously use food as a reward for good behavior.

Trainers will throw raisins into the gorilla enclosure to encourage them to move around or smear honey high up so the elephants need to use their trunks to grab it. Also, if you’re wondering why there’s always a lion on top of the rock formation in their enclosure. It’s because there’s a secret air conditioning vent there.

One neat trick that you can use to access a ride with a longer line and stay in the park well past closing is to get in line for a popular ride right before the park is set to close. If the park closes at 11 p.m., the line will close but the attraction will stay open until everyone has gotten their turn. It’s a great way to beat the lines on more popular rides.

13. Every Day, One Family Is Chosen to Help Open Magic Kingdom

Every day, one lucky family is chosen from the groups already on-site at Magic Kingdom to help cast members open the park. Known as the “rope drop”, this little ceremony happens every morning and marks the official opening of the park.

If you’re lucky enough to get selected, you’ll be given a private tour of Main Street, then assist with the opening ceremonies. If you want to be picked for this honor, past families recommend showing up early and wearing matching Disney outfits. 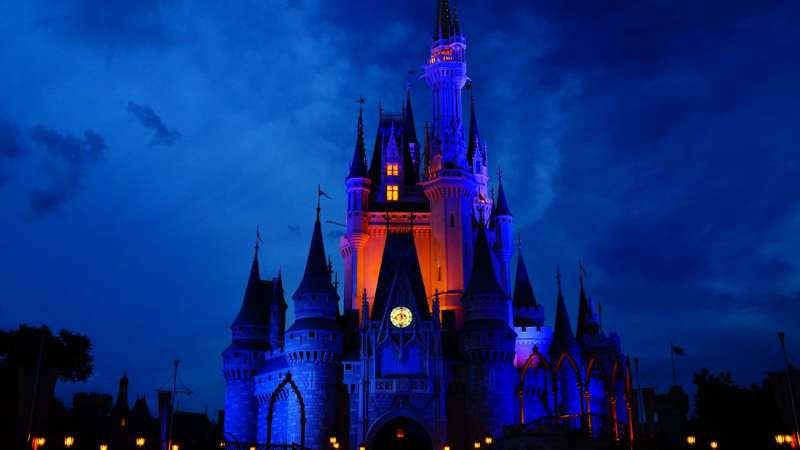 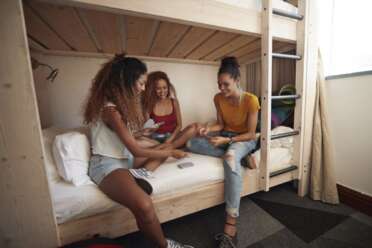 The more you choose to stay in hostels, the more you realize they come in all shapes and sizes. Despite that, some aspects of hostel life tend to remain the same. Of course, hostels may not be everyone’s taste, but the good massively outweighs the bad.
MORE FROM TRAVELVERSED