No one enjoys lines, and custom lines are some of the worst. The hundreds of confused flyers with paperwork in hand is daunting, but what if I told you that you can bypass that line for free – without paying for Global Entry?

Whether you travel internationally 30 times a year or once a year, you’ll love the app. The Mobile Passport Control app speeds up the process of filling out and processing your U.S. immigration paperwork. You know, that page with the questions you fill out when the plane is landing.

This little-known app gets you your own line, away from the crowds, and lets you get to baggage claim that much quicker – likely before your baggage!

The Mobile Passport Control app is available on both iOS and Android devices and is surprisingly painless to use. Once you download and open the app, you’ll run through a quick tutorial.

You enter your personal information, including your passport number and its issue and expiration dates. Then you’ll snap a selfie for your profile (as per typical customs photos, no hats or sunglasses).

You’ll then be asked standard questions about your trip – the same questions you find on the U.S. immigration form. Expect to answer things like whether you have anything to declare, if you have any fruits or vegetables and if you’ve been around livestock. You’re given simple “yes” or “no” checkboxes, so it’s very quick.

You can actually do this part while you’re still on your trip, but the next step has to be done within four hours of you walking through customs. The earliest you’ll want to move to this step is while your plane is landing.

When you’ve answered all of the questions and submitted the answers, you’re given a QR code that you present to an agent in the Mobile Passport line. They’ll verify your answers and send you on your way – it’s that easy.

The Mobile Passport Control line is usually next to Global Entry, where you’ll find the celebrities and politicians. You’ll be ahead of the curve, speeding through customs with the best of the best.

Is it worth downloading?

If you travel internationally over a dozen times a year, paying for Global Entry may be worth it for you. Global Entry allows you to bypass the immigration paperwork altogether. However, it isn’t free – Mobile Passport Control is – and there are some stipulations. There’s an interview process, and if you have a record, you aren’t eligible.

The average person doesn’t fly that often, but when they do, they don’t want to wait around in long lines. There are the Automated Passport Control (APC) kiosks to combat the lines, but if you’re flying into a busy airport, even the kiosk lines are long. You could still end up spending close to an hour waiting; Mobile Passport Control isn’t a replacement for your passport, it eliminates some of the paperwork involved in coming back into the country. But it’s a huge convenience that no one knows about, which is why the line is so fast. This may change, as you and hundreds of others find out about the app, so take advantage of it while you can.

Unfortunately, the app is only eligible for those with U.S. and Canadian passports, unlike the APC kiosks. But most travelers will be able to use the app for their entire family. And what’s great is that you only need one app for your entire family, as you can have up to 12 profiles per app.

Where can I use the app?

Mobile Passport Control can be used at 25 major U.S. airports as well as one cruise port. You can’t use it at international airports where you clear customs before departing, not after. That means most Canadian airports, Dublin, and Aruba airports are ineligible. Though there are plans for more airports and be included — the newest addition is Pittsburgh International Airport (PIT).

The app, at least for now, provides you with the most efficient way to get through customs without paying (and in some cases, it’s even better than Global Entry). You still have to go through inspection, but if you don’t check any luggage, you’re saving yourself up to an hour! It’s really the best hack for travelers. 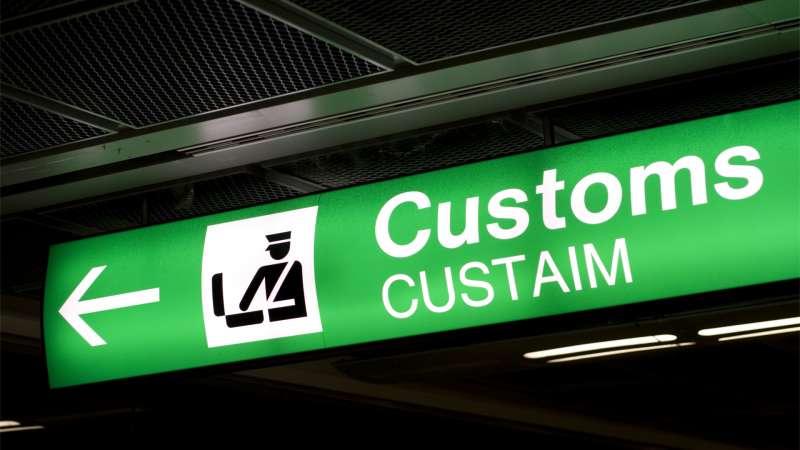