Songkran is the exciting, energetic Thai holiday that can be described as a days-long water festival. For those who haven’t played Songkran before, it most closely resembles a countrywide water fight. Held in mid-April, the festival celebrates the traditional Thai New Year, and is most famous for the throwing of water and smearing of paste for good luck.

Songkran is an awesome time to be in Thailand, as you join young and old, rich and poor, local and foreign water fight participants of every type. 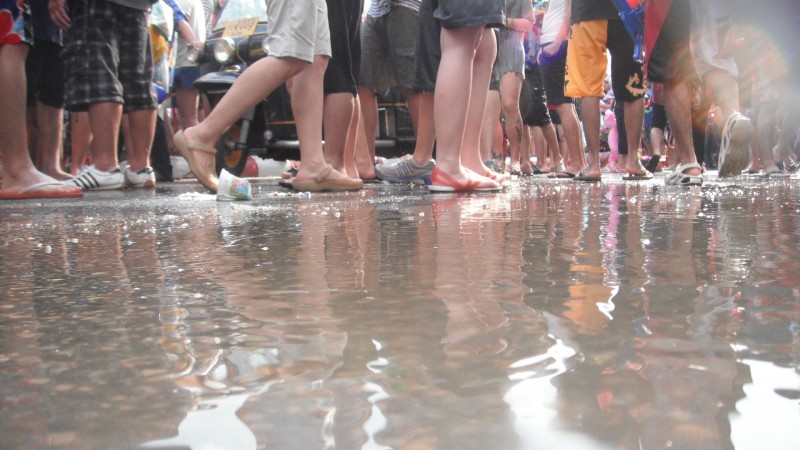 If you’re heading to Songkran this year, you’ll need to know a few tips to have your best trip possible.

1. Know that EVERYTHING will get wet

There is no mercy for anyone at Songkran. It doesn’t matter if you are on your way to the airport, just arriving, or have your iPad in your hand – you will get wet.

While that is all part of the fun, it is also part of the danger. If you are traveling, or carrying electronics with you in the street, you definitely don’t want them to get ruined. 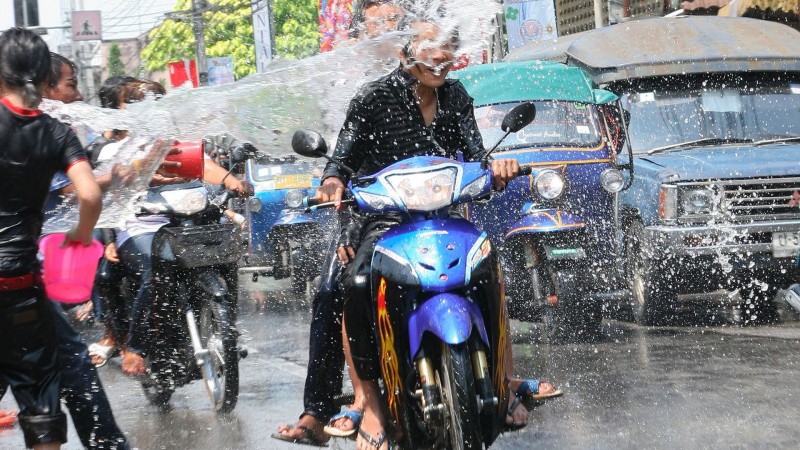 Make sure to buy a protective waterproof cover for your backpack, and put your electronics deep inside, wrapped within another plastic bag and surrounded by clothes. As soon as you are safely to your dry destination, take your electronics out and be sure no water leaked onto them.

For walking around, get a plastic waterproof bag for your phone and money. They will be sold on the street everywhere throughout Songkran, but you can also buy one in advance. The most convenient ones have straps for hanging around your neck or for tying to a belt loop if you’re putting it in your pocket.

2. Bring a water gun with you

If you know you are going to Songkran, buy an awesome gun now! Especially if you aren’t in Thailand yet, anywhere you buy a water gun will be significantly cheaper. Trust me, you’ll want the biggest, baddest super soaker you can get your hands on.

Around Songkran, the prices of waterguns skyrockets and reach triple or quadruple the normal cost. As the day nears (and throughout the festival), the pickings get slim and all the good guns get taken early on. You might be left with a measly hand held, and that’s no fun. 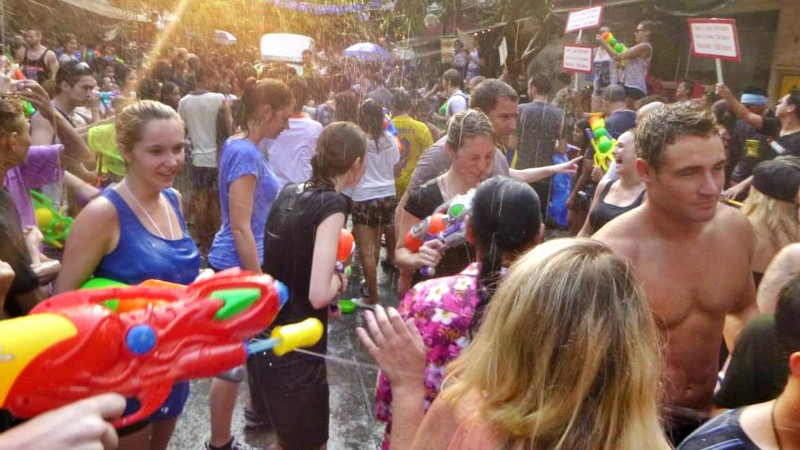 After you’re finished with your awesome gun and Songkran is over, consider giving it to a child you met while celebrating, rather than lugging it home with you, where it will probably sit unused.

In addition to throwing water, a big part of Songkran involves smearing a bit of white paste on the face and skin of other celebrants.

Sometimes, especially recently, this paste comes colored in fluorescent hues. Regardless of whether it is white or electric green, the paste can make you break out — not to mention the dirty hands that are smearing it on you. 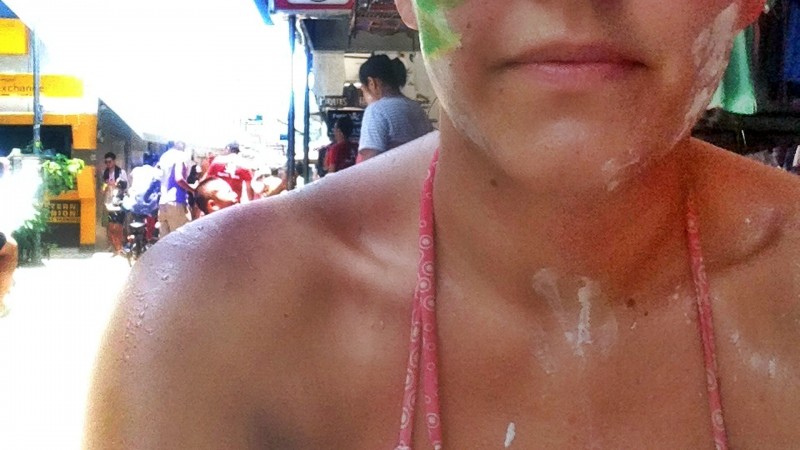 Wash your face as often as possible, and carry wet wipes with you if you’re especially prone to pimples.

Turning down a smear of paste is bad luck and also impolite – but you don’t want to be dealing with bad reactions and pimples for the rest of your vacation.