Stonehenge is great and all, but it definitely has its drawbacks. As one of the wonders of the ancient world, it comes with a lot of prestige—and a lot of tourists. Though new facilities at the site are doing a better job breaking up the crowds, you still have to get up pretty early if you want the place to yourself. And no matter what time of day you’re there, you won’t get access to the stones themselves unless you’re one of the first 20,000 people to arrive on one of the solstices.

But what many Americans don’t realize is that there are around 1300 stone circles in the British Isles and Brittany. Which mean you have a lot of options! So if you’d like to put your hands against a stone, or stand in a ring with only the howling wind and maybe a few lambs, check out one of these sweet alternative stone circles.

Avebury is only a stone’s throw away from Stonehenge. This stone circle is massive—so massive, in fact, it encompasses the better part of Avebury village. You can actually have lunch at a thatched pub (The Red Lion) inside the stone circle (the mac and cheese is particularly delicious). The stones rest like jagged teeth, large enough to be thrones, around the perimeter of the settlement. 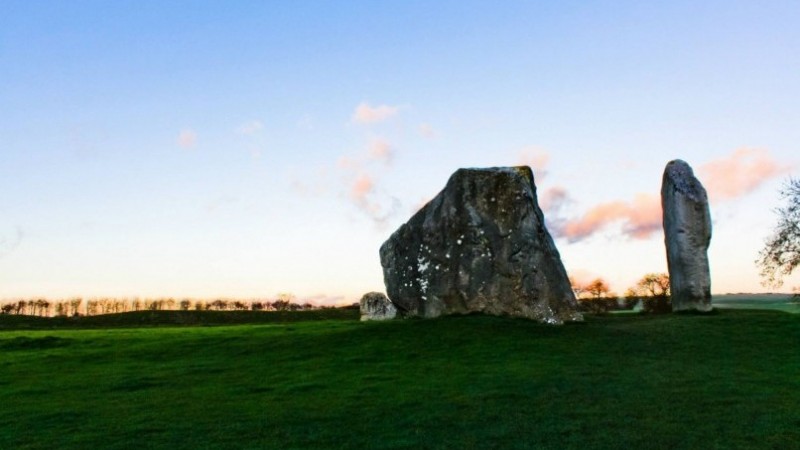 If this isn’t Neolithic enough for you, Avebury has a small museum dedicated to its mysterious past. You can see the skeleton of a boy found in the old city walls. Perhaps he was a sacrifice to keep the settlement safe? No one really knows. It’s creepy cool.

Head outside town down a lane marked by ancient pillars made of boulders. Turn right to climb a steep hill. You’ll pass a fairy tree on your way up, its branches decked with ribbons and beads by pilgrims looking for good luck. When you crest the hill, you can see Silbury Hill. Again, no one really knows why it’s there or what it is (I believe the museum speculates it might be a trash heap from the villagers), but it is an impressive sight against the gentle Somerset hills.

Want more cool stuff, do you? Well, just take a left and head for the crest of the hill across the road. That’s where you’ll find the West Kennet Long Barrow, an eerie tomb abandoned to the wind and the rain. You can explore inside (there are a few small rooms to poke your head into). Be sure to take a breather and admire the spectacular view—you earned it, after all those hills. 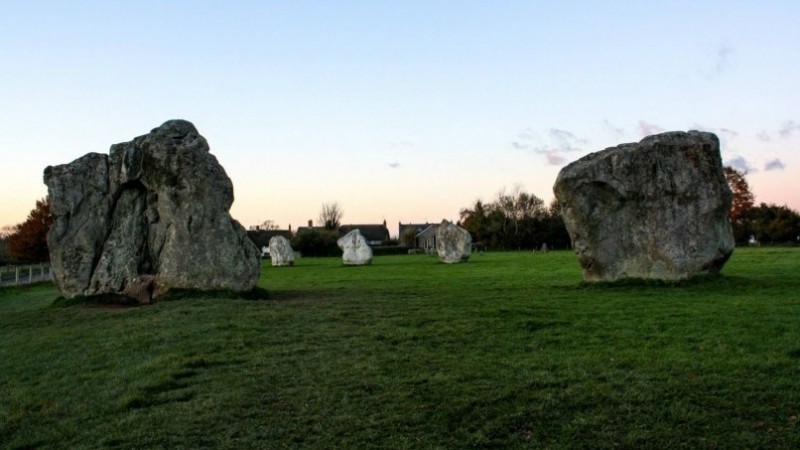 It’s about a mile and a half back to Avebury, but this hike is well worth the effort. Aside from the museum, everything is free. And aside from Silbury Hill, everything is open for you to touch and explore. (Though, of course, do so with respect. You don’t want to invoke an ancient curse on your holiday.)

Castlerigg Stone Circle is a pleasant hike from Keswick, situated in the Lake District. After a steep ascent through a beautiful wood, you’ll cross pastures as you follow the footpath up. In late spring, the fields are covered in dandelion, and it feels rather like walking through a poem. 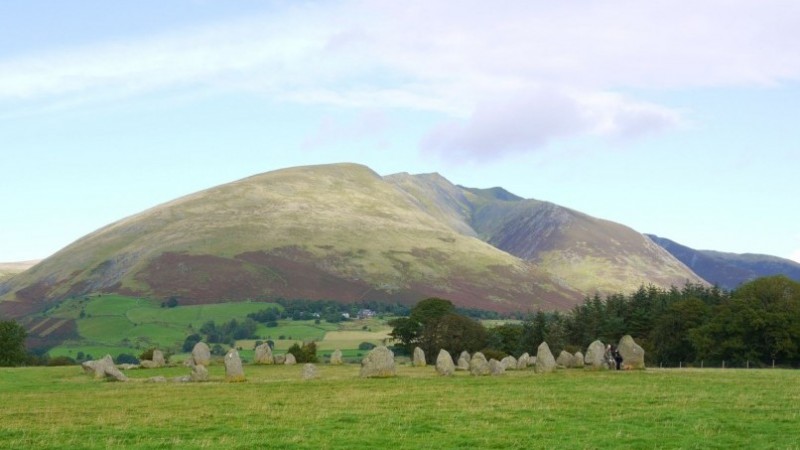 A note for the Americans: The first times you encounter footpaths in England, it often feels quite a bit like trespassing. My mom and I were newbies at England when we did this, and several times almost turned back for fear we were in the wrong place. But unless it is clearly marked “no trespassing,” it is more than likely fine for you to walk around. Property laws in the UK are very different from in the US!

At the end of the hike, you emerge on the top of the hill, surrounded by mountains on every side. It is breathtaking. Somehow you feel as if you’re at the bottom of a valley, even though you’re on a hill. 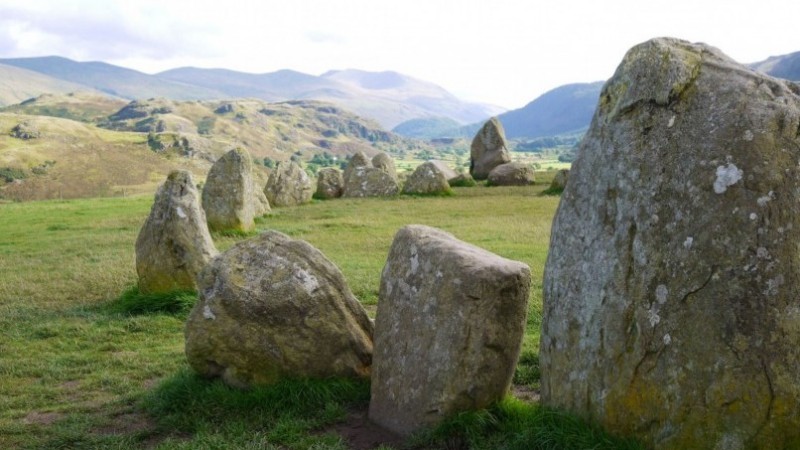 In lambing season, there are tiny lambs hopping on and off the stones, and chasing each other around them. Touch the stones to feel the warmth from the sun hot on one side, and the cool shade on the other. It is a lovely, mystical place.

Further north, in Northumberland, are the Duddo Five Stones. These stones sit atop a hill in a farmer’s field, though the owner has marked a path for visitors to follow. In their relatively flat surroundings, you can see the stones on the crest from quite a distance, like small fisted hands coming from the ground. These stones have been here for around 4000 years, and you can mark their age in the weathered wrinkles carved across their surfaces.

From within the stone circle, you’ll have a beautiful view of Cheviot Hills to the South and the Lammermuir Hills to the north. You can even see the Eildons in the far distance—three peaks together, surrounded by flat lands—where some legends say King Arthur sleeps. 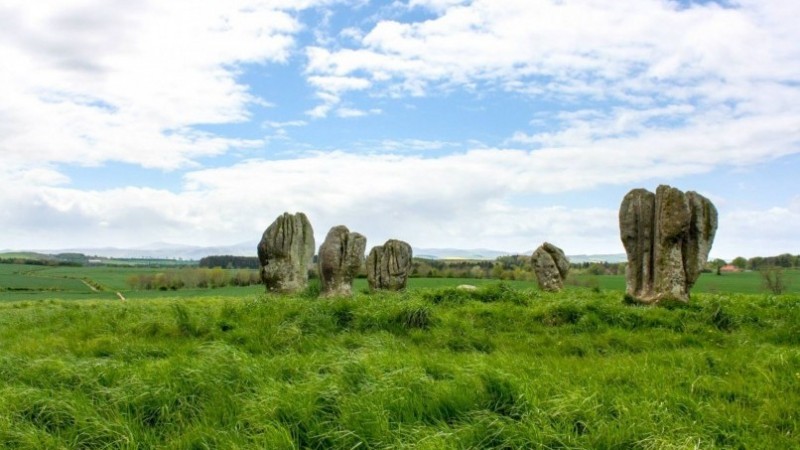 As you might imagine, the Duddo Stones form just one piece of an extensive prehistoric landscape in the area. Poke around online (or grab a local) to find out more about nearby cliff carvings, symbols in stone, and legendary sites.