If the only thing holding you back from exploring the whole wide world is your dietary preferences, fear not as many countries can be very welcoming to vegetarians. With a little bit of research, you won’t have to worry about eating bland food every day.

Although support for veganism has been growing every year, vegetarianism, where most adherents can eat dairy and eggs, has been around for ages. Many countries have religions that promote vegetarianism while others might do it because of animal rights and environmental concerns.

A study from the Globes newspaper and Israel’s Channel Two found that five percent of Israel’s population is vegetarian. One of the reasons it’s vegetarian-friendly is that according to kosher laws, restaurants can’t serve meat and dairy together.

Israel has a growing number of vegans. In 2014, Tel Aviv hosted the biggest vegan festival in the world, attracting 15,000 people. Also, it’s the place where Domino’s introduced its vegan pizza.

Many believe that the number of vegetarians in the U.K. increased during the Second World War as food rationing was intense and meat not readily available. It’s been growing steadily since then. Nowadays, 14 percent of the population identify as vegetarians.

There are thousands of vegetarian restaurants in Britain. Most restaurants offer one or two vegetarian dishes, so travelers won’t have a hard time finding a place to eat. In fact, the oldest vegetarian organization in the world is The Vegetarian Society of the United Kingdom.

Although African countries tend to have a meat-heavy diet, Ethiopia is a pleasant exception.

This is because most citizens are part of the Ethiopian Orthodox Church. The religion prescribes Wednesday and Fridays as meat-free days, as well as other periods like the Lenten season. So, visitors won’t be met with weird looks when they state their food preferences.

Make sure you don’t leave the country without trying these Ethiopian staples:

Like many other Southeast Asian countries, Buddhism is the prevailing religion. In fact, it’s practiced by over 95 percent of the population.

Although not all Thais are necessarily vegetarians, they completely understand and respect your diet. Strict vegetarians may need to be cautious as many dishes are prepared with shrimp paste and fish sauce. However, there are many substitutes in place.

At 6.2 percent, Italy has one of the highest percentage of vegetarians in Europe. This is partly because of its long history of environmental concerns and health consciousness.

In 2016, the Mayor of Turin proposed an agenda to reduce meat consumption in the city. Although the plans were met with resistance by locals and butchers, the idea was to create awareness about animal rights, human health, and sustainable practices.

With over 6,000 vegetarian restaurants, it’s easy to see why Taiwan can be a heaven for vegetarians. Additionally, around 13 percent of the population is vegetarian. This mostly because a large part of them is Buddhist.

Taiwan has multiple programs in place to promote healthier eating. It has one of the strictest food-labeling laws, so people don’t have to worry about any traces of meat in their food. Plus, 86 percent of the nation’s primary and secondary schools observe a meat-free Monday.

Mediterranean cuisine has long been associated with health and longevity. One of the reasons is the emphasis on fresh, local, and colorful vegetables such as tomatoes, artichokes, eggplants, and peppers.

Although many restaurants will advertise lamb and beef dishes, travelers just need to read the entire menu to find the vegetarian delicacies. Make sure you try:

Due to its large Buddhist population, being a vegetarian in Vietnam is as easy as it gets.

Although you can learn how to say, “no meat” (không thịt), it doesn’t mean you won’t be served chicken or fish sauce. The best course of action is to say “chay”, which means Buddhist food. As such, it is entirely vegetarian.

Very much like Ethiopia, the majority of Romanians are Orthodox devotees. As such, they have around 200 days of fasting per year. This practice dates back to the 13th century when the “de post” (fasting in Romanian) practice of abstaining from meat and animal products began.

Instead of trying to find vegetarian restaurants in Romania, you should just ask for “fasting food”. The menu will include:

Indonesia is considered a vegetarian-friendly country. Unfortunately, not everywhere in Indonesia.

If you are traveling in areas where the population is mainly Buddhist or Hinduist, like in Bali, you won’t have a problem finding vegetarian food. However, you may need to be slightly more creative to avoid meat in Islamic majority cities. Sadly, the concept of vegetarianism is not widely understood in the country.

Learn basic sentences such as “saya vegetarian” (“I am a vegetarian”) or “sayur-sayuran saja” (“Only vegetables”) and you should be fine. Also, try to find Chinese neighborhoods or cities as it’s easier to find Buddhist vegetarian restaurants.

Although the ranking was purely technical research, travelers most certainly have an easy time in Seychelles. While most restaurants serve Creole Vegetable Curry, there’s an abundance of vegetarian restaurants if you want more variety. 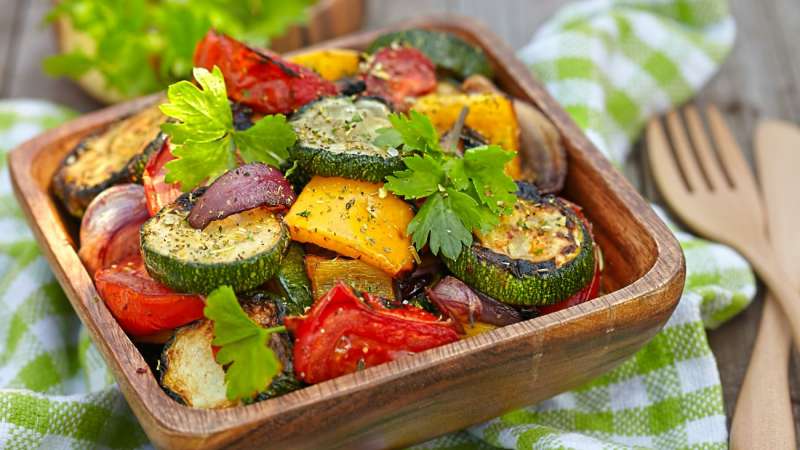 While jail time isn’t a walk in the park for any convicted felon, many tourists flock to historical prisons around the world when traveling. This is due to their mystic, history, and eerie ambiance. While it may seem a little crazy, visiting a local prison can provide a ton of insight on a region’s roots and culture.