The first time I went to England, my itinerary had a very distinct theme: Jane Austen.

I have interested in Jane Austen since I was 13, and a hardcore fan since I was 16. I’ve read all her books at least once, and most of them upwards of six times. Except Mansfield Park–I’m sorry, I just couldn’t do it. To me, Jane Austen is a Big Deal.

With some exceptions, these sights aren’t necessarily the ones you’ll see in the movies — they are places that the real Jane Austen lived or loved. By visiting them, you can follow the trail of her life, as well her books.

Bath featured prominently both in Jane Austen’s work and in the Regency era. From October to June, wealthy and semi-wealthy families from all over England would pour into the city to take the waters, gamble, flirt, and dance.

Despite my personal love for Bath, one thing is very clear in Jane Austen’s work and letters: She hated it.

In 1801, she wrote to her sister Cassandra, “Another stupid party last night; perhaps if larger they might be less intolerable, but here there were only just enough to make one card table, with six people to look over, & talk nonsense to each other.” 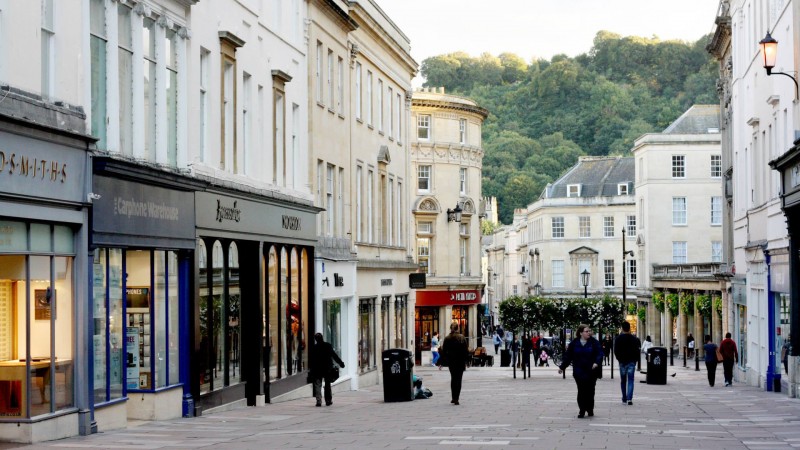 Perhaps when you think about all of the social obligations like the one described above, it becomes easier to see why Original Hipster Jane Austen didn’t warm to the city. Her family also went through difficult times there–from her father’s retirement and departure from the country in 1800 to his sudden death in 1805. The personal circumstances and poverty made her life difficult in those years.

Nevertheless, the present-day city is a delight for Austenites. Many of the classic settings from Jane Austen’s books can still be visited today, like the Assembly Rooms and Pump Room, both featured in Northanger Abbey and Persuasion. Austen’s writing is so detailed, you can find the streets characters lived on, and accurately follow Anne Elliot through her mad dash around the city in search of Captain Wentworth.

The Jane Austen Centre is based in Bath. It’s easy to spot, because there’s a statue of Jane Austen out front. Though I enjoyed the museum and the volunteer guides are delightful, I personally prefer Chawton House’s exhibit for learning about Jane’s life (keep reading to get the scoop on that). However, the gift shop is not to be missed!

There are also a plethora of walking tours and other fun experiences to be had, like the Jane Austen Festival in September, or the Jane Austen Dancers every Wednesday night at 8PM.

(Before you go, you may want to check out my entry on locals’ secrets for the Bath area.) 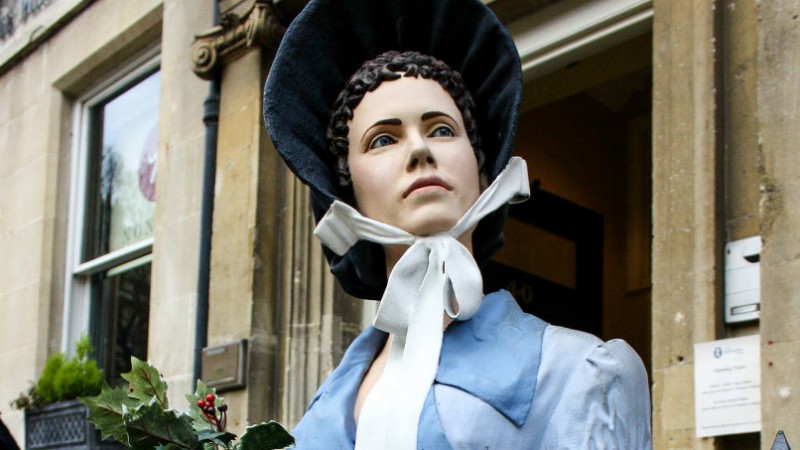 Better known to fans as Pemberley, this location claims to be the original inspiration for Mr. Darcy’s home. And its claims aren’t without reason–Austen’s description of the entrance is very similar to the view you have when approaching from the main road. Just see for yourself:

They gradually ascended for half a mile, and then found themselves at the top of a considerable eminence, where the wood ceased, and the eye was instantly caught by Pemberley House, situated on the opposite side of a valley, into which the road with some abruptness wound. It was a large, handsome, stone building, standing well on rising ground, and backed by a ridge of high woody hills;—and in front, a stream of some natural importance was swelled into greater, but without any artificial appearance.

Sounds familiar! The area was used in the 2005 Pride and Prejudice and the 2013 Death Comes to Pemberley. It definitely lives up to the beautiful shots in the films.

This house is located in Derbyshire, or north east England. The best way to get to it is by car or bus. Depending on which direction you’re coming from, you can take the bus right to the parking lot, or you can walk through the grounds to the house. That’s the way my friend and I opted–just in case we ran into Mr. Darcy wandering the fields himself.

Inside, you’ll find a literal wealth of artifacts and collections amassed by the Duke of Devonshire. Room after grand room is paraded for your viewing pleasure.

The last space you go through, just before the all-important gift shop, is the statue room featured in the 2005 film. Mr. Darcy/Matthew Macfadyen’s bust is in the gift shop, so don’t forget to snap a picture while load up on Chatsworth goods!

The extensive gardens of Chatsworth are quite famous. From the main fountain to narrow paths through the woods to a rock garden that might put you in mind of Lion King, there is plenty to explore.

Chatsworth deserves a full day of your itinerary, so plan accordingly! 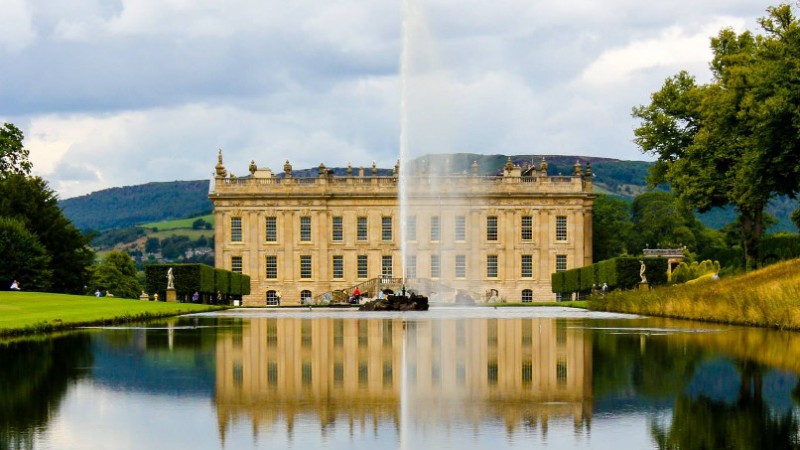 Chawton House was Jane’s beloved home from 1809 to 1817. It was here that she had the privacy and quiet she required to write freely. In fact, while in this house she finished and published Sense & Sensibility (1811), Pride & Prejudice (1813), Mansfield Park (1814), and Emma (1815). She also worked on other projects that were not published until after her death.

Located in sleepy Chawton village, it is easy to see why Jane found it to her liking, especially after her years in Bath. The house is presented as it would have been in Jane’s time living there, down to her round table where she would write. Her proper writing desk is kept in the British Library in London.

There are permanent exhibits about Jane Austen, her life, her brothers’ naval careers, and the fashion of the time. Check the website to find out which rotating exhibits will be on display during your visit.

The garden–while significantly smaller than Chatsworth–is fun to poke your head into, and any of the recommended walks around the area make a perfect end to your visit.

You can get to Chawton House by train (with a taxi from the station), car, or bus. If you plan to come from or go to Winchester, you’ll need to catch the 64. 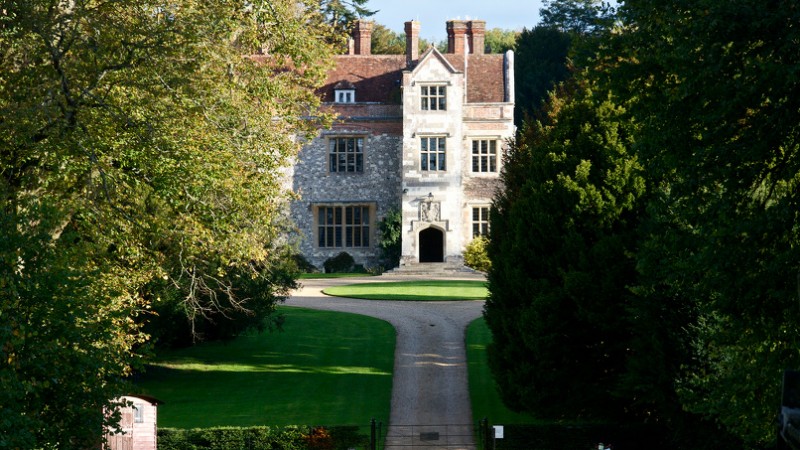