To connoisseurs of fast food, visits abroad bring the opportunity to see how the rest of the world eats on the go. Although we have our own fast-food chains at home — many which have spread around the world — the most exciting chains around today are regional chains, which use local ingredients flavored to perfectly suit the local’s palate.

To get a taste at what’s out there, here are some amazing international fast food chains we wish would come to the United States.

Greggs is a popular bakery chain with over 1,600 stores across the UK. They offer plenty of prepared on-the-go foods like sandwiches and salads, as well as a plethora of items from their hot case.

Their most popular item is the sausage roll. In fact, they sell more than two million of them every week. They have seasonal menu items that appear and disappear with the changing temperatures, but they’ve also introduced a range of gluten-free treats and offer plenty of vegetarian options. Although they are primarily a bakery, they offer more savory treats than sweet snacks.

Greggs’ food is solid, warm, and comforting. They would definitely give Dunkin Donuts a run for their money.

If you’re looking for well-made burgers with quality ingredients, Irish chain Supermac’s is the fast food chain for you. With more than 100 restaurants within the relatively small country, it’s extremely popular across the country.

Their menu is full of tasty burgers made with only Irish beef, as well as a huge variety of sides including fries that can be topped four different ways. You can also get buckets of their potato wedges, chicken nuggets, or sausages, which are perfect for feeding a crowd.

Although Lotteria started out in 1972 as a Japanese chain, it quickly spread expanded to South Korea and later Vietnam, Indonesia, Cambodia, and Myanmar. Consumers were won over by their expansive menu that included a huge variety of burgers — including the shrimp burger, which quickly became a local favorite. Their shrimp burger patty was later copied by McDonald’s and MOS Burger.

The Lotteria menu in South Korea varies significantly from what’s offered in Japan. Mostly in their side dishes, which include squid rings, cheese sticks, and even baked potatoes.

Japanese ramen chain Ichiran started its life in 1960 as a single noodle shop called Futaba Ramen in Fukuoka. After 30 years in business, the store started expanding in 1993, and within 25 years has more than 60 locations across Japan.

Although some food critics have called it the best ramen in the world, it has confused some consumers — especially tourists — with its approach to the dining experience. At Ichiran, the restaurant is organized so that diners sit in small, curtained booths, in order to focus their attention completely on the food. Customers are served by kitchen staff through a curtain, and even the water is self-serve. The most popular option is the tonkotsu ramen and anything on their menu can be customized to suit your exact taste preference.

With only 29 locations, KaatiZone isn’t India’s largest restaurant chain, but it is a favorite of diners from the Bangalore region, where most of the outlets are located.

The company was founded in 2004. Since then, they have brought their signature fast-food kati rolls to locations including Chennai and Mumbai. Kati rolls are a popular Indian fast food dish and can include any filling wrapped up in a paratha or roti. The kati rolls which are offered by KaatiZone are all made in the company’s central kitchen and are available in a wide variety of flavors including the popular Chicken Tikka and Chicken Shami Kebab.

Toast Box is a popular chain from Singapore that delivers classic Nanyang coffee and Singaporean toast to the masses and does it with style and a strong sense of history.

They’ve meticulously recreated the coffee blend that’s characteristic of Nanyang coffee — a proprietary mixture of Robusta, Arabica, and Liberica beans — and offer a huge selection of both savory and sweet toasts, which are unlike anything that we’ve seen in North America. Instead of a thin slice of bread with minimal spread, Singaporean toast is cut almost an inch thick and spread with a huge variety of toppings including the ever-popular kaya, a deeply flavorful coconut spread.

Although hamburgers are the North American go-to for fast food, hot dogs are the reigning fast-food favorite in South America.

Doggis is a popular Chilean fast-food chain that offers fully loaded dogs topped with anything from guacamole and green salsa to cheddar cheese and ketchup. Their most popular option is the basic completo, with mashed avocados and mayo. In addition to hot dogs, they offers a full menu of other treats like ice cream sundaes and McFlurry-like Hurricanes, as well as healthier options like salads and wraps.

They have dozens of locations across Chile and are open late, which makes this a great option for late-night snacking.

The most popular pizza restaurant in Japan is Pizza-La, a huge chain that offers customers a huge variety of customization when it comes to their pies. They offer many toppings that feel at home on a North American pizza, as well as distinctly Japanese ingredients like shrimp and mayonnaise, clams, and sweet and sour chicken.

Clearly, their Japanese-style ingredients appeal to consumers. As of 2012, there were over 550 Pizza-La locations across Japan and the chain has opened stores in all but nine prefectures as of 2015. The chain was first founded in 1980 after Hoshunori Asano, the chairman of Pizza-La’s parent company, was inspired to open a pizzeria after watching E.T. the Extra-Terrestrial, which features a mention of Domino’s Pizza.

Russian fast-food chain Teremok offers classic Russian favorites like blini, crepes, and kasha in more than 300 locations across the country. Although there are plenty of sweet options, the bulk of their menu items are savory and include delicious meals like the mushroom melt blini, kasha with beef frankfurters, and even blini stuffed with caviar.

They actually opened two locations in the United States in 2017, and for Russian expats, the only thing that’s more authentic is what your mother makes at home. They even offer traditional Russian beverages like tarkhun, duches, and kvass, which are often difficult to find in North America.

Although the Netherlands is known for having a national cuisine that’s deep-fried, cheese-heavy, and minimally flavored, one of the ways that they’ve turned it into something special is through FEBO, a popular chain that has 60 locations throughout the country. FEBO offers hamburgers and French fries, as well as a selection of other Dutch treats like kroket, frikandellen, and kaassouffle.

The appeal of FEBO is in its automation. Most items are served out of an automated vending machine, with the exception of French fries and ice cream, which can be bought from the staffed counter. Americans do love convenience and FEBO is a great option for a quick bite on the go.

Chicken Licken is the largest non-American owned fried chicken chain in the entire world. The chain was founded in 1981 in South Africa by a local businessman who had bought a secret fried chicken recipe from a Texan fast-food cook. The food quickly became popular among both white and black South Africans and soon there were more than 245 outlets across the country.

Although it’s a South African staple, the company has not had much success moving into the foreign market. They’ve opened 12 restaurants in Botswana, but forays into countries like Zimbabwe, Nigeria, and Lesotho were all met with resounding failure.

Unlike KFC or Popeyes, Chicken Licken serves spicy wings and hamburger, in addition to their regular fried chicken combos.

Despite the fact that they’re located in Indonesia, Java, and Bali, HokBen serves Japanese food. Their specialty is bento boxes, served in cafeteria-style restaurants. Even though their specialty is Japanese food, all the menu items have been adapted to suit the taste of Indonesians, which means including favorite hot sauce sambal in many dishes and upping the level of spice.

When you arrive at the restaurant, you’ll be directed to join the line, where you can pick the different ingredients in your bento, then follow it up with a chocolate or caramel pudding for dessert. 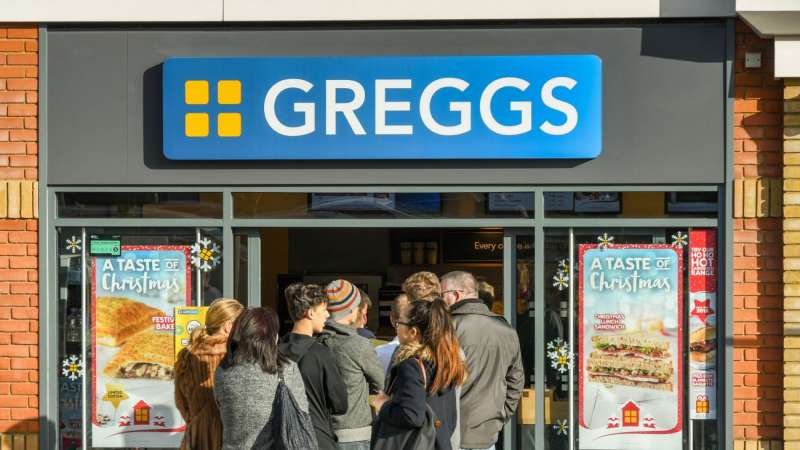