On This Remote Island, Cats are King: Tashirojima, Japan

Have you ever wanted to live on an island where the cats outnumber the humans? Well, if you’re willing to move to an isolated island just off the coast of Japan, your dream could become a reality.

The island of Tashirojima is just over a mile long, and has mostly been deserted by humans. The primary residents are hundreds and hundreds of cats, who have the free run of the island. The cats generally survive by eating scraps given to them by the handful of residents who still live there, as well as generous donations from the tourists who visit frequently. The cats also hunt mice, and eat any washed-up fish they can find. Any visitors to the island are forbidden from bringing dogs, as not to upset the cats. 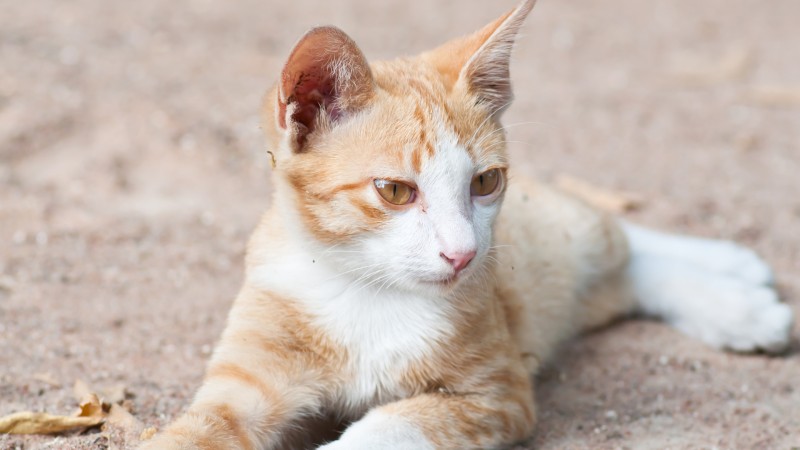 The cats that live on Tashirojima today are descendants of cats that were brought to the island to protect fishermen’s boats and nets from mice. Many fishermen used silkworms to spin silk for their nets, and mice consider silkworms to be a tasty treat. A few cats were brought on to the island to keep the mouse population down, and over time they began to breed, and spread themselves out all over the island.

Since they were doing them such a valuable service, the fishermen always had a fondness for the cats, which eventually turned into a superstitious belief that the cats could predict the weather, as well as give the fishermen hints as to where the biggest schools of fish could be found. 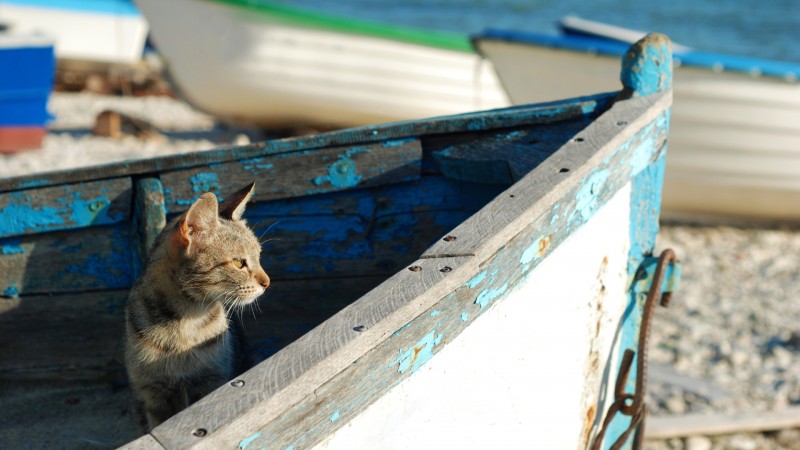 Within the Miyagi Prefecture, where Tashirojima is located, there are about 10 shrines to cats that can be found scattered throughout the province. Many people attribute this to the fact that silkworm-raising was a common activity in this part of Japan, and cats were often venerated for their ability to protect the silkworms from mice, saving the livelihood of the silkworm owners.

One of the most well-known cat shrines is on Tashirojima. Local legend says that a fisherman who accidentally killed a cat buried its body between the two villages on the island, and made a shrine on top of the grave. Now, the shrine, called Neko-jinja, is a site frequently visited by tourists. 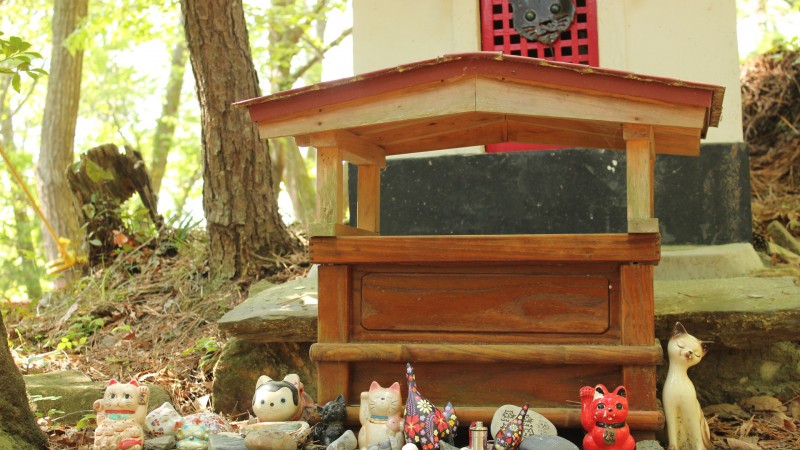 Tashirojima isn’t the only island in Japan that large amounts of cats call home. Aoshima Island, off the coast of the Ehime Prefecture, also hosts a cat population of about 120. Both Tashirojima and Aoshima have a very low population of humans — Aoshima’s population sits at about 20, while Tashirojima has about 100 residents. Both islands are falling into disrepair — many older buildings have been left vacant, and some are collapsing.

However, of all the cat islands of Japan, Tashirojima is the only one with cat-shaped buildings. A few houses on the island were built with decorative “ears” on top, and painted in bright red and white stripes. 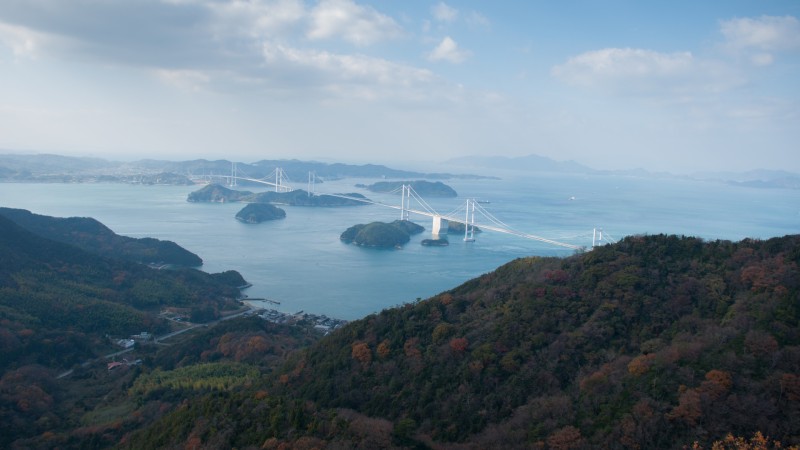 Many of the cats on Tashirojima and Aoshima are very friendly, but some are more “outgoing” then others when it comes to soliciting food scraps from tourists. Many people bring cat food or treats to offer, but the island cats have been known to gobble up rice balls or potatoes as well!

Most of the time, visitors don’t need to walk far to see tons of cats in all different sizes and colors — many of them cluster at the port when the ferry boat docks. Be sure to bring your own food, as well as treats for the cats, as Tashirojima only has one store, while Aoshima has none. Most people agree that two or three hours is plenty of time to pet the cats, walk around the island, and come back to the harbor to wait for the ferry back to the mainland.

Although most of the cats are friendly, they are feral animals, so make sure you don’t get too cuddly with them — trying to pick them up is probably not a great idea. Let the cats take the lead, don’t make any sudden movements, and you should be fine. And make sure to bring a camera! 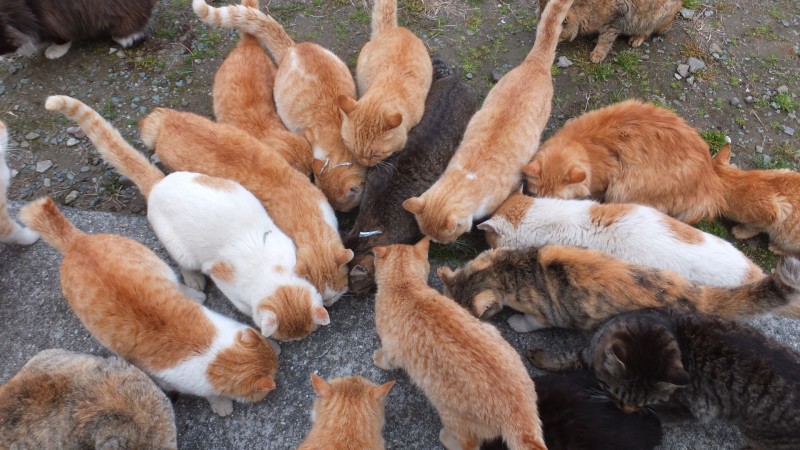