The Best European Tours for 2018

The best trips through Europe go beyond the conventional tourist sites. They immerse you more deeply in the local cultures and give you a thrill of discovery and adventure.

Fortunately, it’s not too late to sign up for an amazing and affordable European tour for 2018. The following are five tours that give you a rich taste of the natural beauty, history, and culture of different areas around the continent.

This six-day bike trip takes you through a region of Southern Italy that has maintained the timeless beauty of its countryside. It’s a landscape of olive groves, intricate cathedrals, and stunning beaches.

The tour begins in Bari, a city by the Adriatic Sea, and wends its way south through the countryside and various historic towns. It ends at Lecce, a city with incredible Baroque architecture.

The tour price of $3,598 per person includes a bike and helmet, accommodations, daily breakfast, four lunches and four dinners, and private tours at wineries, historic sites, and other listed attractions.

For the remainder of this year, there are tours available in September and October. Next year, the earliest available tour is in April.

Beginning and ending in Tirana, the capital of Albania, this 15-day tour takes you on a circular route through three countries in the Balkans. Along with visiting two other capitals, Prishtina and Skopje, you’ll be immersed in the beauty of an alpine countryside, including the Rugova Valley and Valbona Valley.

There are spectacular highlights:

The price of $2,147 per person covers accommodations, ground transportation, 14 breakfasts, a lunch, two dinners, admissions to some of the historic sites, and certain day trips, short tours, and hikes.

The remaining tours for 2018 are in August and September. Next year, the earliest tours are scheduled for May.

Starting in Brussels and ending in Antwerp, you’ll have eight days of beer tasting and other cultural delights as you make a trip around Belgium. The itinerary includes overnight stays in Bruges and Rochefort and visits to the country’s Trappist monasteries and breweries.

The following are some of the highlights:

The price per person is $2,249 and includes accommodations, seven breakfasts, three lunches, ground transport, and admission to the beer tasting. Available dates remain in July and August of this year. Next year, there are tours in July, August, September, and December.

Alsace and the Black Forest (VBT)

If you’ve ever imagined biking through an enchanting European countryside that brings to mind fairy tales, consider this tour. It starts in Basel, Switzerland and makes its way north through the Black Forest in Germany and the province of Alsace in France, where it ends in Strasbourg.

For several days, you’ll travel through a land of vineyards and gorgeous villages. Among the tour’s highlights are the following:

Dates for this tour are currently available from July through October. October offers the lowest prices. A land-only tour would be $2,995 per person, and a tour with airfare would range from $4,145 to $4,495.

The price includes accommodations, breakfast and sometimes other meals, and the use of bikes and helmets.

This 11-day tour takes you by boat from one Greek island to another. Starting and ending in Athens, the tour stops in Mykonos, Paros, Santorini, and Ios.

Magnificent architecture, delicious local cuisine, and the splendor of the sea are among the attractions. Other highlights include:

There are tours available from July through September of this year. The lowest price is $1,349 per person, and it includes accommodations, 10 breakfasts, guided orientations of the islands, and discounts for various bars, restaurants, and stores.

Don’t Wait Too Long to Book a Trip

Spaces can get filled quickly on these tours. If you miss out on a tour this year, check for availability in 2019. There are so many areas to explore in Europe, and the best tours will fill you with wonder and give you a genuine appreciation of the places you pass through. 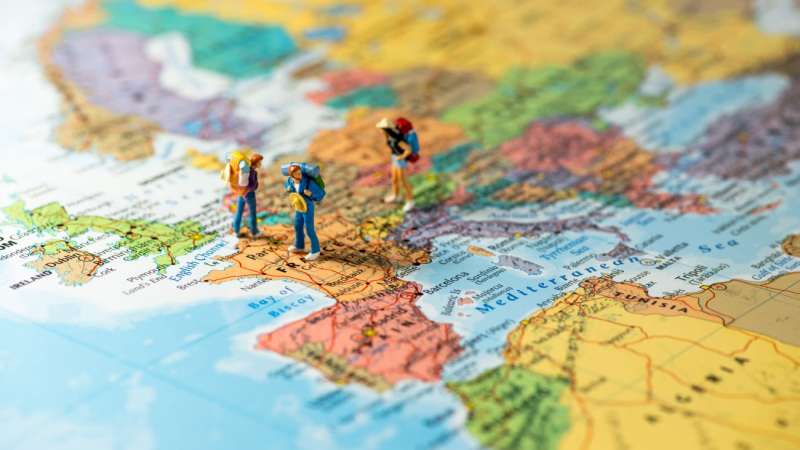