Even though we see the value in vowing to only “buy American”, that motto can be limiting, particularly when it comes to flying. There are a ton of European-based airline carriers that fly out of the United States to and around Europe and back. If you’re not considering all your options, you could be losing out on big savings and added consumer protections.

Not only do European airlines tend to offer lower ticket prices, but they also abide by different regulations. In fact, many of the regulations come with some significant benefits to the customer, albeit with few tradeoffs.

European vs. American: The Breakdown

Here in the United States, we have been enjoying low budget flights ever since 1978 when President Jimmy Carter signed the Airline Deregulation Act, which transformed the aviation industry from a public utility to a free market. This allowed low-cost carriers to open up shop and set their own prices, which reduced the average ticket price to a third of the cost and doubled air traffic. In 2017, it was estimated that one in three domestic flights in the U.S. were operated by a low-cost carrier.

It took Europe nearly 20 years to follow America’s lead in deregulating the skies. It finally happened in 1997 when any technically qualified airline in the European Union was allowed to operate in any country. This led to a major price drop and a huge surge in air travel, much like it did here. Just like the U.S., around 30 to 40 percent of all European flights are with a low-budget airline.

So, if both territory’s airline industries are now deregulated and the prices are lower, what’s the difference?

Essentially it boils down to legislation, as the EU has fewer laws about restricting foreign competition and more about consumer protection than we do here. Passengers can benefit from these laws when flying to, within, and home on European-owned airlines, even if the flight was booked through a code-share arrangement with a U.S. company. For example, buying a ticket through Delta on an Air France operated flight.

Here are the specific ways that you can benefit from choosing a European airline over an American one for your next trip.

European carriers have dropped their prices so low that it could potentially cost you more money just to get to the airport than it would fly from one EU country to another. Flights from London to Berlin can go for as low as $17 while a flight from London to Barcelona, despite it covering a 1,000-mile distance, can be as low as $22.

Unlike the U.S., where foreign airlines are not allowed to operate domestically, no such law exists in Europe. This means that any airline can operate within any EU country, making prices much more competitive. So, if you plan on doing a tour of Europe, skip the train and save some money by flying to the next destination on your itinerary.

These low prices can even be found with Europe bound flights out of the U.S. so if you compare a transatlantic flight on a European airline to an American one, you’re likely to find major savings. In 2017, Icelandic carrier WOW Air made headlines with their sale that offered a flight between California and Iceland for an incredible $99, which experts say we can expect to see more and more.

It’s common for flights to be delayed or canceled for a number of reasons that are beyond an airline’s control like bad weather or security issues. But, they often occur because of things within the airline’s control such as a mechanical issue or a crew delay.

In the United States, there are no regulations regarding compensation in the event of a cancellation or delay. As such, airlines are allowed to make their own policies which generally involve vague promises about “reasonable efforts” to supply customers with food or accommodations.

When flying on a European airline, passenger rights legislation dictates that if a carrier is at fault for a delay of more than three hours or complete flight cancellation, you must receive monetary compensation of up to 600 Euros (around $700 USD) depending on the distance you were supposed to travel. The airline must also pay for a hotel room, transportation from the airport, and any meals during your delay.

We’re almost afraid to check our bags when we fly because somehow luggage seems to go missing all the time. Luckily, there are laws that state that U.S. airlines are required to reimburse you for reasonable expenses incurred while waiting for luggage. They are required to reimburse at least $3,500 for a domestic flight and $1,500 for an international flight should your luggage go missing. However, the rules dictating how claims are made vary from airline to airline, and most don’t make it easy.

For instance, Southwest Airlines’ policy is that a claim must be filed within a four-hour window. If it’s not, they can potentially deny any liability for missing items.

In contrast, European law states that an airline must reimburse passengers for items purchased in the event of delayed baggage and that you can file a claim for delayed bags within 21 days. You also have seven days to file a claim for lost baggage and are entitled to up to 1,220 Euros (around $1,430 USD) in reimbursement. Plus, if you aren’t satisfied with how a European airline handles a claim, you have further recourse and can complain to the national enforcement body in the country where the issue occurred.

Less Painful When Getting Bumped

Getting bumped off a flight doesn’t happen very often, and usually, it’s voluntary. But, ever since the infamous United Airlines debacle in which a passenger was forcibly dragged off a plane after getting bumped so his seat could be given to a United crew member, it’s been at the forefront of many flyers’ minds.

In the U.S., compensation amounts are based on the length of the delay. If you are moved to a different flight that arrives within one hour of your original flight, you are not entitled to any compensation. If you arrive within two hours of your original flight if domestic or two to four hours if traveling internationally, you could get up to 200 percent of your one-way fare with a maximum of $675. For longer delays, you are eligible to receive 400 percent of your one-way fare with a maximum of $1,350. However, there are a ton of exceptions and these rules don’t apply on small aircraft, charter flights, inbound international flights, or in cases where a bump occurs due to a safety-related weight or balance issue.

In Europe, the rules are much simpler. You will be:

This policy applies to all flights including charter flights and package holiday flights.

Despite all the pros that come with choosing a European airline, we feel we should warn you of the few potential downsides that come with a flight that’s fabulously cheap and consumer-friendly.

One of the reasons why low-cost carrier’s prices are so low is that they have cut their overhead costs drastically — even more so than you’re used to with a U.S. based budget airline.

European low-cost carriers keep their prices cheap by employing fewer staff, offering fewer perks, and expecting customers to be more self-sufficient. Instead of being able to ask for help at a desk, you might be expected to refer to their website. Instead of being offered a complimentary checked bag, you may be charged an extra fee. And don’t expect to be offered a complimentary drink or appetizing meal, instead you may be charged extra for those sorts of perks. European low-budget airline tickets are usually non-refundable and non-flexible. Also, their flights can sometimes only go to smaller and farther-flung airports.

Flying on a European airline might not be for everyone. However, if you prefer savings and consumer protection over flexibility and perks, it could be the smarter way to fly to or around Europe. You have to admit that it’s pretty incredible to think that you can potentially fly across the Atlantic for less than $100. 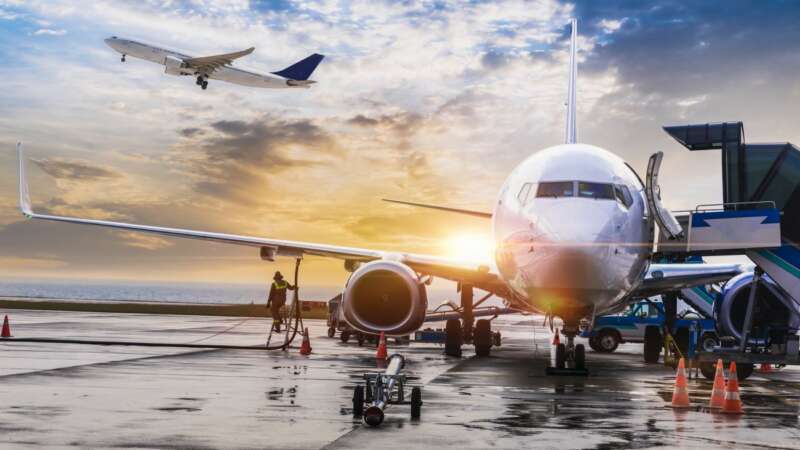 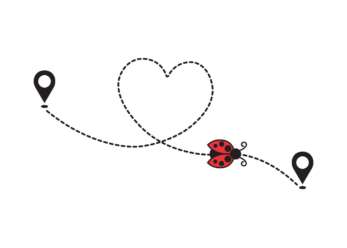 What Happens When the Travel Bug Bites?