5 Things to Do in Kinsale, Ireland

Back in ’12, a friend and I traveled to Kinsale, Ireland, in County Cork (aka the south-west). It’s a relatively small city with brightly colored houses, a lovely little harbor, and some fun locals in easy reach. The place is famous for its yearly Gourmet Festival, so check your dates to see if your travel falls on during the event! (This is a good thing if you like gourmet food and a bad thing if you like uncrowded streets!)

Though Kinsale can get a bit touristy (there are buses that bring people in during the day), it’s fun for a slightly longer stay, too. My friend and I were there three whole days, so we became fairly well acquainted with everything!

The object of our visit was Desmond Castle, which I had learned about while reading Rick Steve’s Ireland. (Yes, I read the entire book, cover-to-cover, before planning our trip. Don’t judge me.)

This rather small castle, tucked between houses on the main street, was used during the American Revolution as a prison for captured American sailors. The British had them chained to the walls in the courtyard as an example to the rebellious Irish. I’m a bit of an American Revolution nerd, and so put it down on our itinerary. 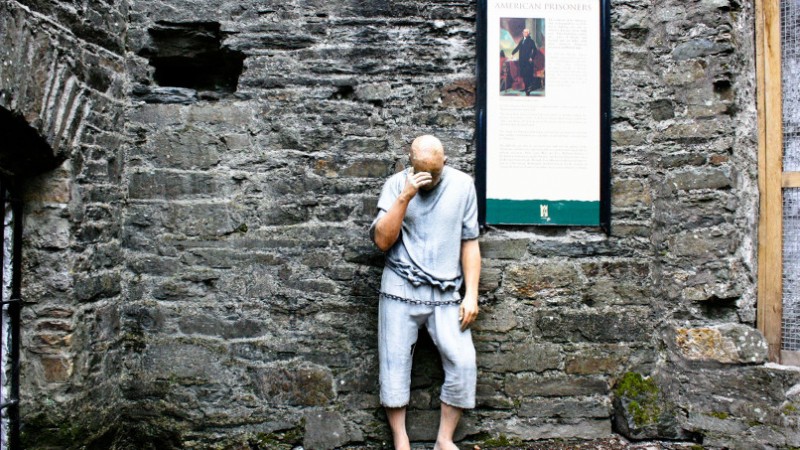 Though, as I mentioned, it isn’t a massive castle, it is still quite interesting. There are cells to poke around and displays to read. You’ll find out information about the castle, the community’s history, and the role both played during the American Revolution.

The sweet old Irish museum curators know a lot more than what’s on the signs, so be sure you ask questions!

This little “train” runs along the road between Kinsale town center and Charles Fort, a few miles outside the city. Normally it operates on mornings and afternoons every day, but you can check the schedule on the train itself (or the sign where it picks up). Tickets are cheap—I believe we paid under €10 for our roundtrip tickets—and the ride is fun.

During the journey, the driver uses an intercom to tell you about local history and myth. He points out the sights you should see, and preps you for your arrival at Fort Charles.

Though this definitely lands solid on the tourist attraction side of things, it is fun, and an easy way to get from one place to another if you don’t have a car. 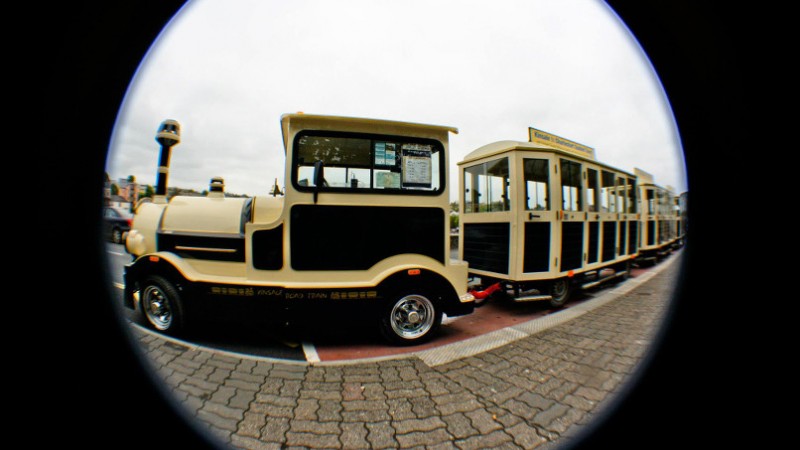 This star fort sits on the water’s edge, and is an excellent place to explore. Built in 1690, it’s seen a lot of history, and has its fair share of ghosts.

Most the fort is left open for adventuring, with abandoned barracks to peek into and walls to climb. A few of the main buildings have been turned into exhibits where you can learn about being a British soldier stationed here in the past centuries. The section about married life is particularly interesting! 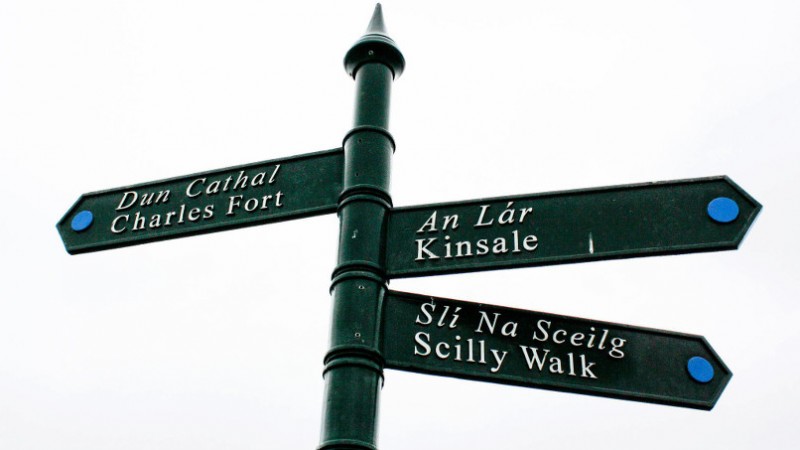 Be sure you read about the local White Lady (or ask a member of staff to tell you the story). Numerous sightings have been recorded, even by officers on watch. The story goes that the daughter of the fort’s commander married one of his officers. The night of her marriage, she walked with her new husband on the rampart walls. White flowers were blooming on the grassy slope down toward the water, and she stopped to exclaim,

“How beautiful they are under the moon!”

Her husband sent her back to their quarters and told his friend, who was on watch, that he was going to climb down to get the flowers for her. But the groom was tired after the long day, so his friend insisted on going for him. The groom took the sentry’s station, pulling his hat low over his face so no one would notice he’d switched places, and waited. His friend was gone a while, and the groom fell asleep.

Along came the commander, his father-in-law, who saw that a sentry was asleep on duty. The penalty for such a thing was death, and accordingly the father took out his gun and shot the man on the spot. It was only after the man’s hat fell off that the commander realized he had shot his son-in-law. Distraught by what he had done, the commander threw himself from the ramparts. The bride, emerging from her quarters, found the bodies, and jumped from the ramparts, too.

They say she still haunts the fort to this day. 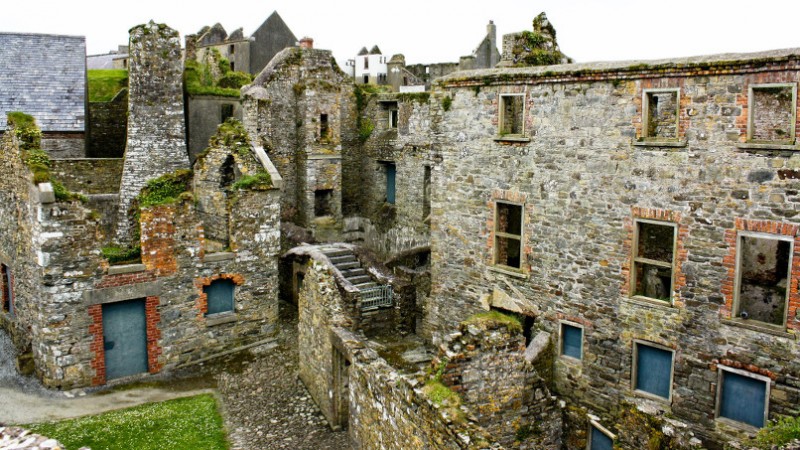 While some of this is legend (and all of it would be better told to you by an Irish-accented lass!), the bones of the story are true. There was a commander who shot his son-in-law mistakenly, and he later killed himself.

After contemplating this tragedy, warm yourself up again with tea and scones in the little café. Then head back to the road train to return to Kinsale!