Russia is the largest country in the world and has a population of nearly 150 million, though around 77 percent live in the western part of the country. It’s best known for being the first constitutionally socialist state and its role in World War II and the ensuing Cold War.

The country has also many technological accomplishments, including sending the first human to space. Nowadays, it’s the world’s 12th largest economy by GDP, the biggest producers of natural gas and oil, and also a permanent member of the UN Council.

Most travelers flying into Russia will either arrive in Saint Petersburg or one of Moscow’s three international airports. From there, if your destination is extremely far away, the best course of action is to use one of the many domestic flight companies.

However, the best way to explore Russia is arguably by train. In fact, it has a robust and safe railway system, which links pretty much every city in the country. It’s also possible to travel by bus, rental car — although you may need to speak a bit of Russian to do so — or boat, if going to Turkey or South Korea.

Tatar and Ukrainian come second and third and are spoken by 5.3 million and 1.8 million people respectively. While many young people in the service might speak basic English, it’s essential to learn some Russian and take a phrasebook with you to communicate with more ease.

Moscow is Russia’s capital and one of the largest cities in the world. It has an area of over 2,500 square kilometers; 40 percent of which is covered in greenery, making it one of the world’s greenest capitals. It was established in 1147 and ruled by tsars, emperors, and heads of state, making its history extremely rich.

The Red Square and St. Basil Cathedral are the most popular attractions, but travelers should also visit the Lenin Mausoleum and The Kremlin Museum Complex. Make sure you also walk along Varvarka Street — the oldest street in Moscow —watch ballet at Bolshoi Theater, and relax at a Russian bathhouse.

St. Petersburg is Russia’s former capital and second-largest city with just over five million citizens. It’s a significant cultural center with 2,000 libraries, 221 museums, and over 80 theaters. On top of all the attractions, St. Petersburg hosts roughly 100 festivals every year.

The center of the city is a UNESCO Heritage Site. This includes the impressive Hermitage Museum, which is considered one of the best museums in the world. You should also visit the Russian Museum, the Church of the Savior on Spilled Blood, and the Kazan Cathedral. If you have time, a canal tour is a must.

The city’s main attraction is the Kazan Kremlin, which was once destroyed by Ivan the Terrible, and The Temple of all Religions with towers dedicated to 16 religions.

Lake Baikal is the largest and deepest freshwater lake in the world and affectionately called “the Pearl of Siberia.” The lake was declared a UNESCO Heritage Site in 1996 and is home to the Buryat tribes and many species of animals and plants.

It’s a common stop for most travelers taking the Trans-Siberian train, who enjoy its clear waters and the famous Baikal seals. Popular spots include Olkhon Island, Listvyanka Village, and the hot springs of Buryatia.

Located in the Karelia region in the northwest of Russia, Kizhi is an island in the middle of Lake Onega. It’s been inhabited since the 13th century as it was an important trading route between the White Sea and Novgorod.

The island is famous for the Open-Air “Kizhi” Museum, which comprises of 89 wooden structures including churches, windmills, and barns. The most prominent is Kizhi Pogost, with the 22-dome Church of the Transfiguration of Our Savior, nine-dome Intercession Church, and a Bell Tower.

Kamchatka is a peninsula located in the far east of Russia. The region is famous for its geo-activity. It is home to a number of hot springs, geysers, and volcanoes. It’s also a great place for spotting brown bears due to their large population.

The region’s main attractions are the Valley of Geysers, which is a basin containing over 90 geysers — some spouting water jets reaching 40 meters — and the Volcanoes of Kamchatka, which is a group of 160 volcanoes, 29 of which are still active.

Although there was a spike in crime after the fall of the Soviet Union, Russia is as safe as any other European country nowadays. Having said that, one area to avoid is the North Caucasus, due to its reputation for lawlessness and terrorism.

The LGBT community should be extremely careful when traveling around Russia as the citizens are overly conservative. A 2013 survey found that 74 percent of Russians were opposed to society accepting homosexuals. Avoid the North Caucasus, Dagestan, Chechnya, and Ingushetia.

When you take into consideration that Russia represents one-eighth of the planet’s land area, one can assume that there are several climate zones. It ranges from a humid continental climate in the central region, to subtropical in the Black Sea, to subarctic in the north, to semi-arid in Siberia.

When it comes to beverages, vodka is probably the star of the show. It needs to be drunk with zakusky (meals to be consumed with alcohol). Plus, if you open a bottle of good vodka, you must drink it all. Visitors will also find plenty of beers, wines, soft drinks, and the local kvass (a sweet and sour drink made from fermented bread).

The oldest continuing jazz festival in Russia, the Jazz Over Volga Festival is held biannually in Yaroslavl, a 1000-year-old city 260 kilometers northwest from Moscow. Established in 1979, it attracts musicians from all over Russia and the world.

The Yaroslavl Jazz Center is the festival’s music hub where visiting performers tend to stay for after-hours jams and to help the staff teach jazz to the local youngsters.

Taking place every year in the village of Nikola-Lenivets, Archstoyanie Festival is the ideal event for the lovers of art and architecture. It was inspired by Nikolai Polissky, who moved to the village in 1989 and employed locals to create massive environmental installations using twigs, hay, and snow.

The first festival was organized in 2006. Since then, many visitors attend in order to see the beautiful designs and experience an environment of self-expression.

Founded in 2001 by Ekaterina Galanova and Vasily Medvedev, the Dance Open International Ballet Festival encourages new ideas and reinterpretations in the ballet scene, while preserving classical styles of choreography. It brings together renowned ballet companies as well as independent dancers from all over the world.

It’s not uncommon for first-time visitors to think Russians are unwelcoming and sometimes rude. That couldn’t be further from the truth.

Russians tend to avoid small talk and think “automatic smiles” are insincere. Once they start warming up to you — usually over a drink — they can be vivacious and friendly.

You should always try to speak in Russian first when asking for information as they’re proud of their language and appreciate any attempts. Make sure you offer your seats to elderly people or pregnant women, otherwise you may be called out publicly. It’s also wise not to talk about politics and Russia’s involvement in World War II. 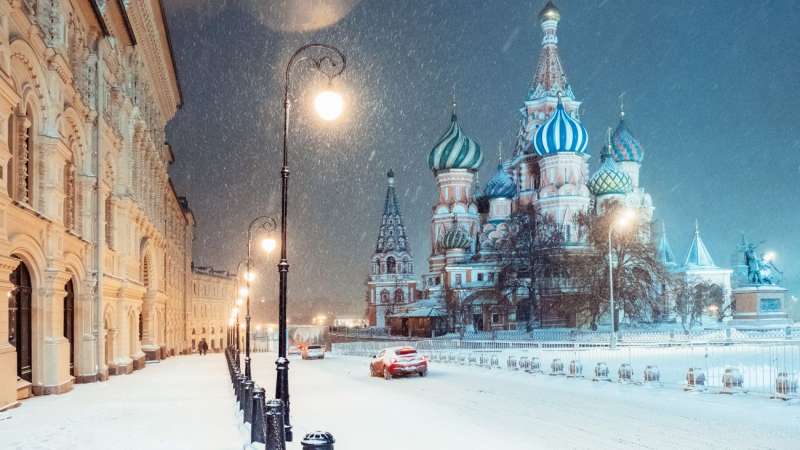