The Scariest Places on Earth

From cursed islands to haunted hotels, the world is certainly filled with terrifying destinations. Whether you’re fascinated with the occult or simply looking for a thrill, we’ve come up with a list of the scariest places on earth. You can visit many of these locations in person, and some of them even offer guided tours.

But you definitely won’t want to check out these sites alone. So, before you pack up that camera, make sure you’re also bringing a friend. Here’s our roundup of the world’s creepiest destinations and what makes them so unique.

One of the world’s most notorious prisons, Alcatraz Federal Penitentiary is perched on the legendary Alcatraz Island off the coast of San Francisco. The prison is famously known as a dark, forsaken place – especially after the horrific event known as the Battle of Alcatraz.

On May 2, 1946, six prisoners attacked the guards, stole their weapons and tried to escape. But they didn’t have the key they needed, triggering a hostage crisis instead. During a vicious two-day battle, two prison officers and three inmates were killed. Another 18 people were injured.

Many believe the penitentiary is haunted. Al Capone, a former inmate, is said to be heard practicing the banjo which he played in the prison’s band. Meanwhile, others say the ghost of Alvin ‘Creepy’ Karpis roams the bakery and kitchen.

The Battle of Alcatraz took place in Cell Block D. When a prisoner was being held there in solitary confinement, he screamed that someone else was in there with him. When guards came to check, the prisoner was found dead with strangulation marks around his neck.

Today, Alcatraz Island hosts daily tours for curious visitors. The 2.5-hour excursion offers round-trip ferry service and access inside the prison. For those who want to be extra scared, the night tour provides a more intimate and spookier experience. 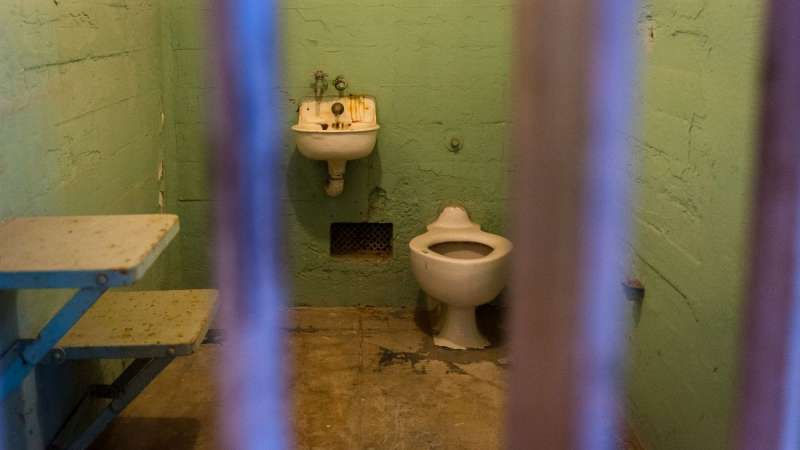 The Stanley Hotel is so creepy – even Stephen King couldn’t resist using it as the setting for his famous 1977 novel, ‘The Shining’. But unlike other ghastly locales, this hotel has actually capitalized on its haunted history.

Built in 1909, this famous accommodation has picturesque views of Rocky Mountain National Park. Beyond these breathtaking views, however, is something very sinister. The Stanley Hotel is home to a number of ghosts.

The most terrifying spirit of all is probably the maid, who climbs into the beds of unmarried couples. There’s the maintenance man who is said to enforce a strict 11 p.m. curfew, yelling at guests to get out. And then there’s Eddie, the friendly ghost who caresses women’s hair and gives kisses on the cheek.

The Stanley offers a number of accommodations from Junior Suites to Superior King Rooms. If you’re looking for a brush with the paranormal, check out the hotel’s ‘Spirited’ Rooms. You can even stay in the famous Stephen King Suite (#217). But book early because availability is limited due to its popularity.

Get Schooled In History At These Historic American Hotelshttps://t.co/3PR6xIiGaR pic.twitter.com/gU5oYkHGeu