The Scariest Places on Earth

Known as The Butcher of Plainfield, Ed Gein was a U.S. murderer and body snatcher who terrorized middle-aged women. His Wisconsin home is one of America’s most chilling destinations. Between 1947 and 1952, Gein made about 40 visits to local graveyards to exhume recently buried bodies.

He then brought these bodies home and tanned their skins. Gein then created horrific paraphernalia, which authorities discovered while investigating him for the disappearance of local tavern owner Mary Hogan.

At Gein’s home, police found a soup bowl made from a human skull, a shade pull made entirely of lips, a belt constructed of female nipples, and a chair reupholstered with fatty human skin. A vest made from a woman’s torso was also among the grizzly discoveries. The remains of 11 women were found in his residence.

Gein’s crime sprees were so horrendous, they became the inspiration for a number of horror films including ‘Psycho’, ‘Silence of the Lambs’ and ‘Texas Chainsaw Massacre’.

Take a road trip to Plainfield and walk in the footsteps of this notorious killer. You can visit Hancock Cemetery, which Gein frequented to exhume bodies. And even take a look at the property where his home once stood.

Every room in Ed Gein’s home was a mess, except for the rooms he associated with his mother. pic.twitter.com/cP0aIYngyC

This is perhaps one of the most famous haunted houses to capture the world’s attention. Located on New York’s Long Island, the Amityville Massacre is one of the most horrific crimes in American history.

In 1974, 23-year-old Ronald DeFeo Jr. shot and killed six members of his family. DeFeo, a heroin and LSD user, pleaded insanity. He says voices were telling him to commit the murders.

The Lutz family moved into the home a year after the killings but reported a series of frightening tales soon after. The family often heard voices screaming at them to get out.

Stepfather George Lutz also woke up every day at 3:15 a.m., which was around the time the massacre occurred. The family also reported green slime oozing out of the walls and keyholes, and red eyes peering at them through the windows. The Lutzs eventually moved out less than a month later, leaving all their possessions behind.

DeFeo is currently serving six concurrent life sentences at the Sullivan Correctional Facility in Fallsburg, New York. All of his appeals and requests to the parole board, however, have been denied.

Today, the Amityville home is on private property so it’s impossible for tourists to take a peek. But Newsday has published pictures of the home’s interior. They were obtained when the residence went up for sale in 2010 for $1.15M USD.

Police removing bodies from the Amityville house on November 14th, 1974, after Ronald DeFeo killed his father, mother, two brothers, and two sisters in their Long Island home. His crimes were later made into a book and film named ‘The Amityville Horror. pic.twitter.com/xbMdOfhxMg

Imagine vacationing on an island with hundreds of dolls covered in cobwebs and hanging from trees. Well, that’s exactly what tourists do at the Island of the Dolls in Mexico City.

More than 50 years ago, Julian Santana Barrera came across a drowned girl and her baby doll floating in a nearby canal. He took the doll back to his isolated island. Soon after, he reported hearing footsteps and a young girl crying.

Barrera was convinced the girl was haunting him. He hung hundreds of dolls throughout the property to appease her spirit. But the hauntings never stopped, leading him to believe the dolls were now possessed too.

In 2001, Barrera drowned in the same canal where he had found the little girl.

Today, you can access the island by boat. The journey includes a tour of the island, which houses a small museum with old newspaper clippings about Barrera and his experiences. Many people say they’ve seen the dolls gesturing and blinking at tourists. You’ll definitely want to leave the kids home with a babysitter. 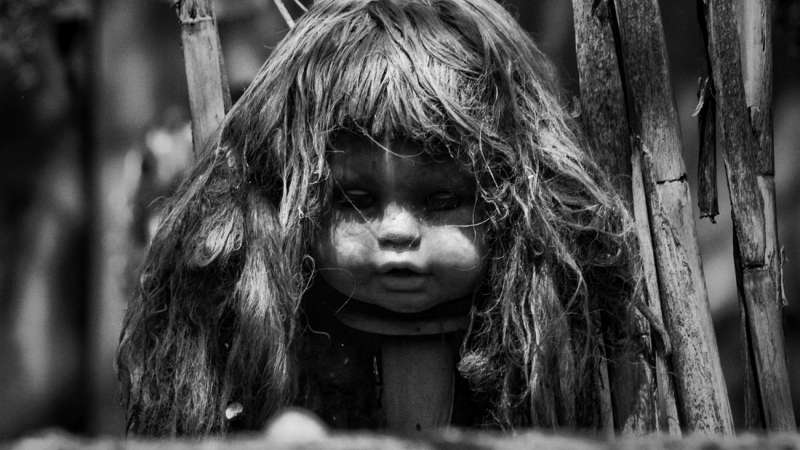