If you’ve ever watched the popular anthology TV series Black Mirror, you’re probably familiar with the episode entitled “Nose Dive”. This episode follows an eager and well-meaning woman named Lacie. She attempts to raise her social standing in a world where humans receive scores based on their behavior.  A string of unfortunate events causes Lacie’s score to plummet. At this point, she sees how the score affects everything from her ability to travel to the way others treat her.

This work of fiction is about to become a reality for the 1.4 billion residents of China where the government plans to roll out a “Social Credit System”. The Chinese government says it’s an attempt to raise “awareness for integrities and the level of credibility within society” through the use of mass surveillance and data collection. Additionally, they call the system a necessary tool of social governance and economic regulation. However, critics of the project are calling it “Orwellian” and likening it to something straight out of the classic novel 1984.

What is the Social Credit System?

In 2014, China’s State Council published a proposal outlining their planned construction of a nationwide government-regulated Social Credit System that will rate citizens based on their reputations. The government claimed that its goal was to raise “the honest mentality and credit levels of the entire society” and improve “the overall competitiveness of the country” by focusing on the areas of governmental, commercial, social, and judicial integrity. It promised to “commend sincerity and punish insincerity” through what will be the largest social engineering project ever created.

Much like the financial credit scores we have in the west, the Social Credit System will assign each Chinese citizen and company a numeric score that will fluctuate based on positive or negative behaviors. Unlike credit scores, that number won’t just reflect financial trustworthiness but social trustworthiness as well. Through the use of public/private records and surveillance, everything that China’s citizens say, buy, eat, and do could influence their score.

What Affects the Score?

On the other hand, “positive” or “responsible” behaviors could increase their rating. These behaviors include:

Scores can even be influenced by the bad behavior of your family members or friends, making even the best of citizens guilty by association.

In addition to private citizens being ranked, businesses will be given a score based on their reputation. This is perhaps one of the more appealing facets of the program. This is since the Chinese public tends to harbor a general sense of mistrust for businesses due to frequent scams and product recalls.

Companies that pay their taxes on time and maintain good business practices will be rewarded with perks like better loan terms. However, companies that commit fraud or rack up health code violations will be penalized.

Regulating unchecked industry and promoting personal responsibility sound like a noble effort. However, critics of the system aren’t buying the Chinese government’s story. Some say that digitizing the process is just the Communist Party’s attempt to silence dissent and exert even more control over their already heavily monitored citizens.

Plus, the Chinese government already has a public record of each of its citizen’s transgressions, which can follow them through life. As such, the regime encourages people to report on friends and family who are out of line or critical of the government, which has led to a general sense of social mistrust in China.

What Does It Affect?

Just as anything can affect a person’s Social Credit Score, it can, in turn, affect nearly everything. An individual’s score may end up dictating nearly every aspect of their lives.

Those with Higher Scores

Citizens with higher scores will enjoy added perks such as:

They may even get a fast-track for better living accommodations, better schools for their offspring, and better job opportunities.

Those with Lower Scores

Opposite of the well-behaving populous, citizens with lower scores will be restricted from:

Those at the Bottom

People at the bottom of the rankings could effectively be shunned from society. They could even be publically named and shamed for their transgressions. As a matter of fact, this process has already begun.

In 2017, the Chinese government published a list of the names of 170,000 debt defaulters who are banned from buying airplane tickets, train tickets, and holding senior management positions. In 2018, millions more were banned from traveling domestically or abroad for a list of infractions that ranged from obstructing footpaths to failing to pay fines. It’s estimated that around 10 million Chinese citizens have already been punished by the system.

One particularly ominous story is that of Liu Hu, an investigative journalist who has published stories uncovering government corruption. After accusing a government official of extortion, his score dropped. In fact, it’s so low that he’s banned from all social media sites. This makes it impossible for him to work. Plus, Hui is unable to buy so much as a train ticket. Effectively trapping Hui in his hometown of Chongqing

Hu’s case demonstrates that what’s disguised as a “system of trust” could be used to stamp out and punish those who are considered to be “enemies of the government”.

When Will It Roll Out?

The Chinese government intends to have the mandatory, nationwide Social Credit System up and running by 2020. Although it sounds like an impossibly large program to implement in such a vast and heavily populated country, millions of volunteers and multiple municipalities have already signed up for more than three dozen pilot projects that are well underway.

With the help of eight major tech companies that own some of China’s most popular social media, messaging, dating, ride-sharing, and online payment websites, the systems are currently being developed and tested. At the same time, CCTV cameras across the nation are being equipped with facial recognition, body scanning, and geotagging technology.

One of China’s largest tech companies, Yitu Technologies, claims that their “Dragon Eye” facial recognition cameras can “very easily recognize you among at least two billion people in a matter of seconds”. On top of that, there are currently around 200 million CCTV cameras China to monitor its citizens’ every public move.

Could It Happen Here?

China’s impending Social Credit System was born out of a unique sequence of events. But that doesn’t mean it can only happen in China.

In the western world, technology is already being used to track every aspect of our lives. Facebook, Google, and Instagram collect your social media and Internet browsing data. The Fit Bit around your wrist keeps track of your health. Your credit score reflects your financial trustworthiness, while your Uber or Peeple score reflects your social performance. Depending on where you live, you are already being watched on dozens or potentially even hundreds of cameras every single day. However, few people seem to be bothered by it. In fact, around 78 percent of Americans say they are in favor of more public surveillance because they believe it makes us safer.

In the digital age, safety and convenience come at the cost of our privacy — which should be deeply concerning. Experts have pointed out that China’s “digital dictatorship” might not be as far off for us as we think. This is due to the growing trend of attempting to silence those with differing political viewpoints combined with the vast surveillance and data mining systems that are already in place.

As technology continues to advance and become more integrated with our everyday lives, it’s imperative that we start to think more carefully about our privacy. Especially before we find ourselves in a digital dictatorship of our own. 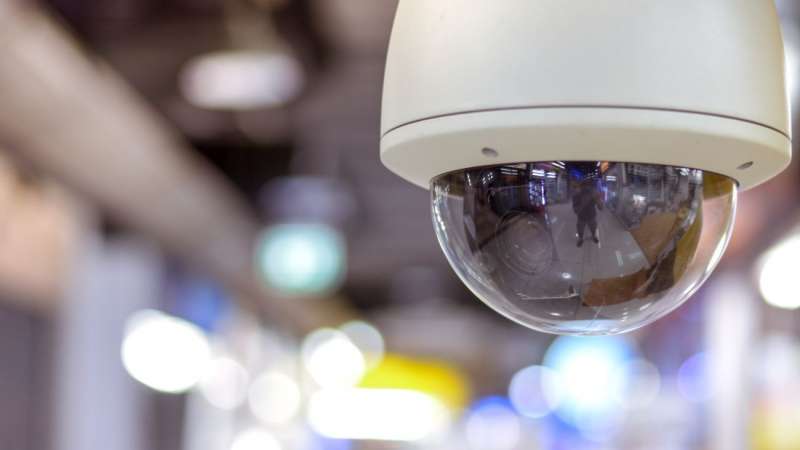