The ocean is storied, deep, and complex.

Whether it is the folklore surrounding Atlantis and the Bermuda Triangle, or the weird-looking fauna and flora that arise out of it, the ocean is a great source of fascination. In fact, only five percent of it has been properly explored, leaving plenty of gaps for our imaginations to fill in.

Like all good mysteries, the Baltic Sea Anomaly has produced conspiracy theories. In particular, ones about UFOs.

Discovered in 2012 by a team of Swedish treasure seekers, this obscure structure lies over 250 feet below sea level. Speculation was rampant about an alien craft at the bottom of the sea. So, it didn’t help that the Baltic Sea Anomaly looks like the Millennium Falcon. While some believed it was formed by natural causes, there are metals inside which could not have been formed naturally.

All in all, most scientists agree that it is a structure formed by a glacial movement that could date back to the ice age.

In 1999, the National Oceanic and Atmospheric Administration picked up the Julia Sound on a network of hydrophones. It is a 15-second-long noise that sounds like someone cooing or whining.

For a while, scientists were clueless as to what the sound could be. While they aren’t 100 percent sure, it is now believed that an iceberg running aground produced the noise.

In 2015, a German research ship deployed a mesh net to capture marine life. What it actually brought up was balls of manganese ore.

Using a remote camera, the researchers found that the ocean floor was covered with them. Now, scientists believe that they litter all oceans floors.

Every million years, they grow only a few millimeters. The size of manganese balls has been compared to that of softballs, grapefruits, and bowling balls.

If you find yourself on Google, do not search for pictures of eye worms! Nor should you search for their scientific name Loa Loa.

This marine parasite is particularly terrifying, as it is nearly impossible to see and, in one of its life stages, can inhabit a human. They search out for our eyes because they are the only external feature with plenty of fluid. They aren’t the most dangerous creature, but you can be totally unaware of them until you see them swimming past your eye.

Given their size, eye worms are very difficult to remove your eye. Fortunately, they can be killed by antibiotics.

One more item to add the list of “scary creatures that make me extremely reluctant to visit Australia” is the Irukandji Jellyfish. This jellyfish is one of the smallest and deadliest sea creatures on the planet. In fact, it can continue probing you well after it has died.

Within five to 10 minutes of contact with the Irukandji, you can experience:

Australian authorities have cordoned off the beaches where this jellyfish has struck. However, the 30 percent rate of toxic heart failure amongst its victims is enough to keep me away.

Sometimes called the “Atlantis of Japan”, the Yonaguni Monument is in a diving hotspot. Funny enough, that’s how it was initially discovered in the 1980s. Debate has raged since as to whether it is man-made or occurred naturally.

The monument is a series of rock structures with flat surfaces, including a trench that has two 90-degree angles and straight columns that are alleged to have been placed there. Visitors and researchers have noted animal-like drawings, “a rock protrusion that looks like a face”, and a boulder on top of a platform.

There is no consensus about the roots of the monument, but the mythology is so strong that some claim it belonged to the civilization of Mu, a continent that supposedly disappeared. However, there is no evidence that this continent ever existed.

Greek divers in the early 1900s recovered the Antikythera Mechanism, an artifact that seems to be an analog computer dating back to between 205 and 100 BCE. The mechanism’s function was to predict astrological bodies’ movements and eclipses. At the time of its use, the mechanism also tracked the Olympiad, the four-year cycle of the Ancient Greek’s Olympic games.

After the mechanism was lost, nothing similar was produced in Europe until the 1400s.

In 1968 — at the peak of the Cold War — the USS Scorpion disappeared in the Atlantic Ocean. Six months after it went missing, the USS Scorpion was found 400 miles southwest of the Azores in more than 10,000 feet of water. Despite the declassification of documents surrounding the mystery, there is no official explanation about what happened.

Naturally, theories and conspiracy theories swirl that it was sunk in a Soviet attack or there was a navy cover-up after an exploding torpedo caused a fire in the sub. 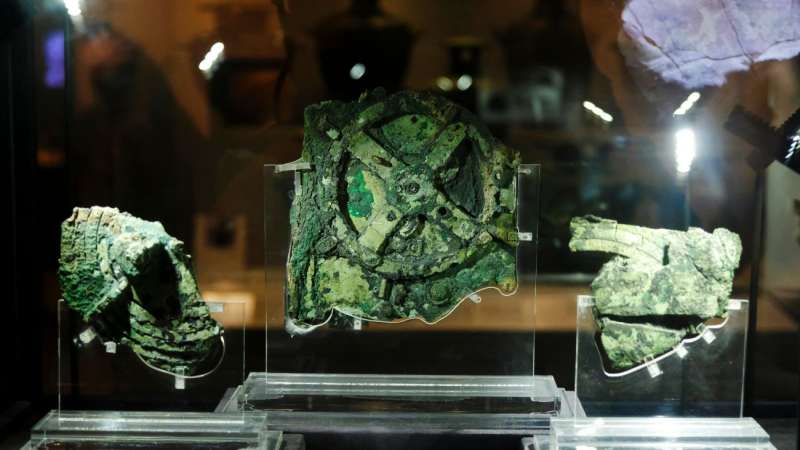