If you’re an active traveler or live in a uniquely historic part of the world, chances are you’ve been exposed to UNESCO World Heritage Sites. This phrase is thrown around frequently. When we first hear it, the first thing that comes to mind is that it must represent something historic and old. Many UNESCO World Heritage Sites are famous buildings, landmarks, or areas that are renowned because of their beauty and historical significance.

Today, we’re going to talk about the process for becoming a UNESCO World Heritage Site and the history of the organization that’s attempting to protect all these unique and historic places.

What is a World Heritage Site?

UNESCO World Heritage Sites are defined as places that are “irreplaceable sources of life and inspiration, our touchstones, our points of reference, our identity.”

After the devastation of World War I, people around the world saw the damage that large-scale trench warfare caused to not only the natural environment but also to the local cities and their inhabitants who were forced to evacuate the surrounding area. In fear that another conflict could rip apart the fragile bonds of peace, people started to call for an international movement that would go beyond borders, whose sole mission was the protection of our global culture and heritage.

It wasn’t until 1972 that the United Nations Educational, Scientific, and Cultural Organization (UNESCO) adopted the resolution entitled Convention Concerning the Protection of World Cultural and Natural Heritage. This document was the organization’s mandate to start identifying and protecting sites that would come to be known as World Heritage Sites.

UNESCO is a Paris-based specialized agency of the United Nations that was formed in 1946. Their stated mandate is “to contribute to peace and security by promoting collaboration among nations through education, science and culture in order to further universal respect for justice, for the rule of law and for the human rights and fundamental freedoms which are affirmed for the peoples of the world, without distinction of race, sex, language or religion, by the Charter of the United Nations”.

As part of their mandate, UNESCO runs the World Heritage Committee. This committee oversees the World Heritage Fund, which functions as a resource for sites that need maintenance or additional monetary contributions in order to keep access open to the public.

Although most of what we’re going to cover today have to do with World Heritage Sites, the overarching mandate of UNESCO has led to ongoing projects related to freedom of the press, digital education, and the preservation of human rights all over the globe. Since their formation, they’ve accomplished incredible things — such as the 1992 creation of the Memory of the World archive — which has cataloged millions of literary, audio, and film treasures from around the world. They have also established many resolutions on subjects ranging from global copyright law to universal education.

UNESCO currently has 195 member countries, and they have field offices all over the world. Their head office in Paris is where their policy directives originate, but each of the 54 UNESCO regional offices are empowered to work with the local government and community to ensure that programs and activities are executed in a way that protects local interests. Additionally, they administer several institutions and centers that are focused around one individual issue, like the UNESCO International Bureau of Education (Geneva) or the International Centre for Theoretical Physics in Trieste, Italy.

Why is Being a UNESCO World Heritage Site Important?

Being a World Heritage Site is extremely important as it gives these significant sites recognition and protection beyond what their state government can provide. It gives these sites access to the World Heritage Fund, where they can apply for funds to maintain or improve the site. Also, these sites get access to experts from the World Heritage Committee who can help advise on a long-term plan to secure the site from the ravages of both time and tourism. Moreover, it raises the profile of these sites on the international stage, which could improve their tourism revenue over time.

Some governments have found that there is a disadvantage to registering one of their national sites as a World Heritage Site. The accolade brings an increased amount of scrutiny and any mismanagement is dealt with swiftly. Becoming a World Heritage Site signifies the site’s importance to all future generations. As a result, government officials in that country are charged with the responsibility of protecting it and complying with all other UNESCO rules related to the administration of the site.

The criteria for being selected as a World Heritage Site and keeping that status are rigorous. So rigorous, in fact, that any site that no longer fits the criteria is taken off the list. Some sites that have been delisted recently are the Arabian Oryx Sanctuary in Oman and the Elbe Valley in Dresden, Germany.

The process for becoming a World Heritage Site is extremely rigorous.

It starts with the member country making a Tentative List, after researching all the natural and cultural heritage sites in their country that could potentially fit each of the 10 criteria put forward by the selection committee. Governments are encouraged to get as much input as possible when determining their Tentative List. If the country finds a site that matches all 10 criteria, they can choose to put the site forward to the committee.

To put a site forward, a detailed file must be compiled with information about the history of the site, as well as its impact on the local community. Governments are encouraged to work with heritage and community organizations within their country to get their input on the file. A site cannot be nominated to the World Heritage Committee unless it’s been put on a Tentative List first.

Once this file is completed, it’s brought to the annual meeting of the World Heritage Committee. During this meeting, the committee reads through the files and decides which of the sites nominated for inclusion in the list will be approved. There’s no quota, so the committee has complete freedom to add as many as they deem appropriate. This meeting is also where the committee can evaluate current World Heritage Sites to make sure they’re complying with all regulations. If there’s evidence of noncompliance, they will take a vote to take them off the list.

Once a site has been approved for inscription on to the list of World Heritage Sites, it will be assessed every six years by committee monitors. They check in to make sure that the administrators of the site, as well as the local government, are complying with the extensive regulations for World Heritage Sites.

This assessment is also the point where a monitor can advise whether the site should be added to the list of World Heritage in Danger, which is a sub-section of the list of World Heritage Sites for sites that are facing imminent damage or destruction. Being placed on this list may be alarming, but it also gives the Committee the ability to immediately allocate funds for preservation.

Changes in the Process

The process for becoming a World Heritage Site is complex, but the committee has made concrete steps towards streamlining the process in order to make it easier for member countries. New criteria were introduced in 2004. Additionally, in 2010, the Upstream Process was introduced as a way to assist the committee with some challenging nominations.

It’s unbelievable how much of our collective history UNESCO has been able to preserve in the 71 years since it was first founded. In 2018 alone, 19 new sites were added to the list.

UNESCO’s existence is an inspiring testament to our shared history and willingness to work together. 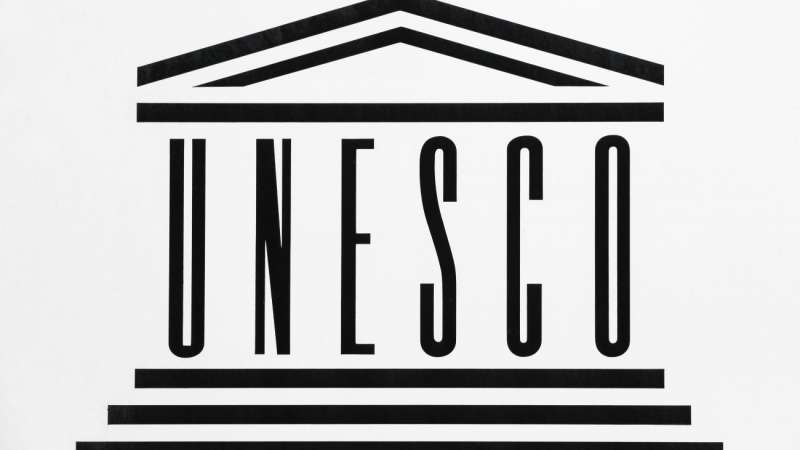