Most of us are familiar with World Wrestling Entertainment (WWE). This brand rose in popularity within the 1980s, thanks to the likes of Hulk Hogan and “Macho Man” Randy Savage, who placed wrestling on the pop culture map. As time wore on, the WWE has built a mass marketing and entertainment empire through their larger-than-life personalities, including the likes of Stone Cold Steve Austin, The Rock, and Triple H. While the mass appeal of the WWE isn’t what it used to be, superstars like John Cena, Roman Reigns, and Ronda Rousey rule the company’s roost within its sports entertainment-style of wrestling that mixes a little in-ring action, with a ton of soap opera-like storytelling.

Still, why some out there can state the WWE does profile some wrestling, it is a far cry from the true techniques that are involved in the sport itself.

Outside of Japan, most are familiar with Sumo due to its stereotypical portrayal in western media. But there is much more to this form of wrestling than fat men in their underwear.

The main focus of a Sumo match is for one competitor to drive the other one outside the ring or force them to touch the ground with any other part of the body, other than the soles of their feet. In Japan, Sumo wrestling is considered a national sport and athletes generally are very big individuals weighing over 300 pounds on average.

Developed in the United States, Folkstyle is commonly used in high school and college competitions across America.

The focus of this wrestling style is control, where points are allotted around the wrestler who is able to control their opponent for the longest period of time. That is, the opponent on top must always try and grab a pin, while the one on the bottom of the wrestling equation must desperately try and get out of the lower situation, aiming for a reversal.

Submission wrestling focuses only on a submission — instead of the point system or three-count pin — to win a match. The only way a wrestler can be declared the winner is if their opponent taps out or asks to quit after a choke or painful joint lock hold.

Highly influenced from mixed martial arts, jiujitsu, Greek pankration, and Japanese shoot, bouts generally start off with both competitors standing, and will gradually have them grappling to the ground of the mat, as the match progresses and eventually ends.

Originating from Great Britain and the U.S., freestyle allows wrestlers to grab their opponent below the waist for offensive and defensive moves. The main goal of this style is the wrestle your opponent to the ground and pin their shoulders to the mat for a couple of seconds.

This type of wrestling is one that is featured at the Olympic Games. It is used within international competition due to having fewer restrictions than other forms of wrestling.

Much like Freestyle, Greco-Roman wrestling is another form of wrestling involved in the Olympic Games.

Considered to be the oldest sport in the world, this style of wrestling prohibits competitors from using their legs to subdue, hold, and even grab their competitor, and grabbing below the waist. As such, competitors must their upper body to execute moves in order to get their opponent in a pinning predicament or score more points.

Much like professional wrestling, Catch wrestling uses three-count pins and submission holds to determine the winner of a match.

Originating from rural England, this style of wrestling is linked to traveling carnivals where talent would act as wrestlers to challenge the town locals for money. Most of the matches at these carnivals were unregulated; however, choke holds were not allowed.

While catch is still showcased in some rural regions of England, it has gone on to influence the world of professional wrestling and mixed martial arts. In particular, the likes of Josh Barnett, Minoru Suzuki, and Randy Couture.

As the name would dictate, this style of wrestling emerged from Inner Mongolia. Shadowing sumo wrestling, a competitor loses the match if any other body part touches the mat other than their feet.

Mongolian wrestling is deeply rooted in the region’s history and culture and was known as one of the “three manly skills” following archery and horsemanship. In fact, it was known as a training technique for armies to keep the men in shape and ready for combat.

Lucha Libre is a form of professional wrestling that originates in Mexico and showcases high-flying aerial moves within matches.

A major element within this form of wrestling is the costume. Moreover, the wrestler dons intricately designed masks, covering their true identity. In fact, to be unmasked is a great dishonor. As such, the biggest match in lucha libre is when two wrestlers put their masks, or another item of value like one’s hair, on the line.

While lucha libre dominates Mexico, there are connoisseurs of this craft, including Rey Mysterio, Rey Fénix, and Pentagón Jr., that have seen international success. On top of that, lucha libre has gone on to greatly influence the fast-paced hybrid style that dominates this current era of professional wrestling.

A very popular type of wrestling in Japan, strong style involves the mixing of professional wrestling moves and martial art techniques. While submission grappling plays a role in strong style, its main emphasis is on stiff strikes. These stiff strikes are executed with the goal of making matches look like an actual fight.

WWE has showcased strong style sparingly through their small stable of Japanese wrestlers, which includes Shinsuke Nakamura, Akira Tozawa, Asuka, and Kairi Sane, to the delight of their audience. If you are looking for true strong style, there are plenty of Japanese promotions, from New Japan and NOAH to Stardom and Tokyo Joshi Pro, to dive into.

The goal with judo is to get your opponent off their feet into a submission or a position where their back is controlled. Matches consist of a five-minute period, where both competitors start off on their feet. Should one of them be thrown or taken down, the match continues for a bit to allow for a pin.

Established in Japan in 1882, Judo is currently an Olympic sport. Plus, the style mixes mental discipline with jujitsu-style maneuvers. 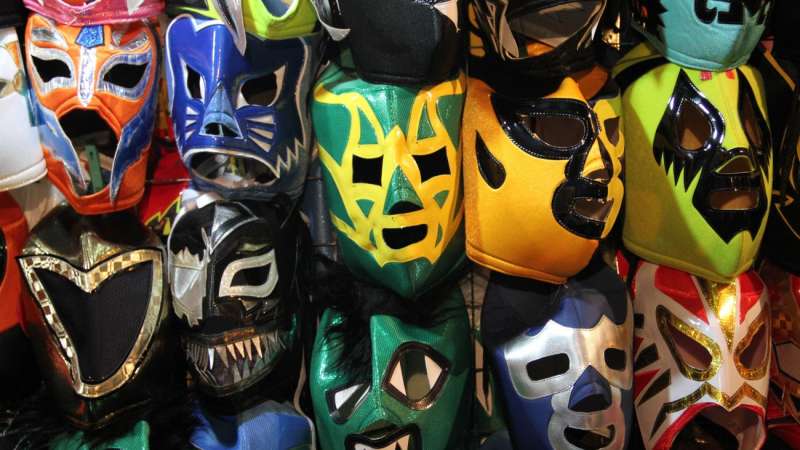