14 Wonderful Bookstores You Need to Visit

If you’re a book lover, chances are the local book store is one of the first stops on any vacation itinerary – or maybe you choose the destination based on what bookstores you’ll find there!

Being a book lover means that you have uncountable worlds open to you at any given time. Books can give you comfort or excitement, and they can also give you solace that you aren’t alone.

There are so many amazing bookstores open today that this list was hard to narrow down, but we’ve decided these few are among the most exciting bookstores in the world. Check out the list below and get ready for some serious book envy.

Located in the small Dutch town of Maastricht, this bookstore is incredible simply because of its location – it was built in a 700-year-old decommissioned Dominican church. The façade and interior were left intact; the only change was that the pews were removed, and book shelves built in their place.

There are two floors full of books, plus they built a café in the former sanctuary, so you can sit and enjoy the atmosphere with a hot coffee or tea. They also host plenty of readings and events – but only in Dutch. 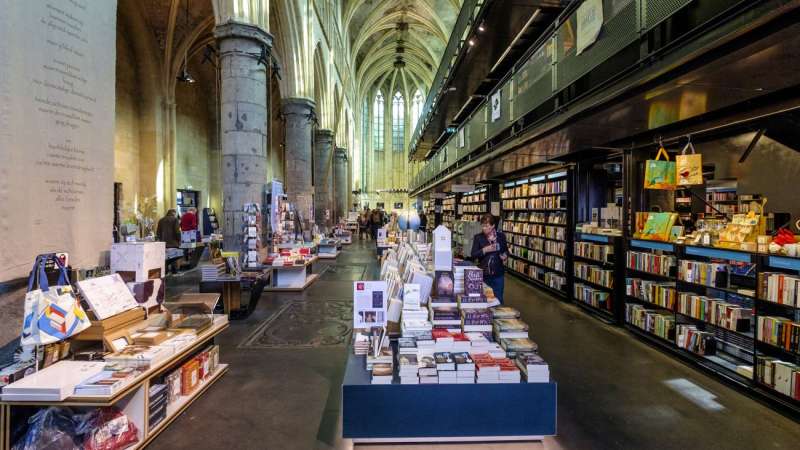 Giovanni’s Room Bookstore is the oldest LGBT bookstore in the United States. It was founded in 1973 by three men who wanted to cater to the local queer community of Philadelphia by stocking books that spoke to their interests.

The bookstore was named after the seminal gay-themed novel Giovanni’s Room. Although the book ends tragically, luckily the bookstore has had a much more fortunate existence. It has been threatened with closure several times, but the community has always rallied its support behind the owners to keep it open.

It’s a must-see stop on any tour of Philly.

This former theater, which was built in 1919, was transformed into one of the world’s most spectacular bookstores in 2000.

A company called Grupo Ilhsa narrowly saved the opulent theater from demolition, and built it into a bookstore, which features bookshelves on both the lower level and balconies. It also kept the stage, which was previously used for theater, dance, and movie screenings. It still gets used for live events, but you can also sit on the stage with a book and enjoy a coffee from the bookstore café. 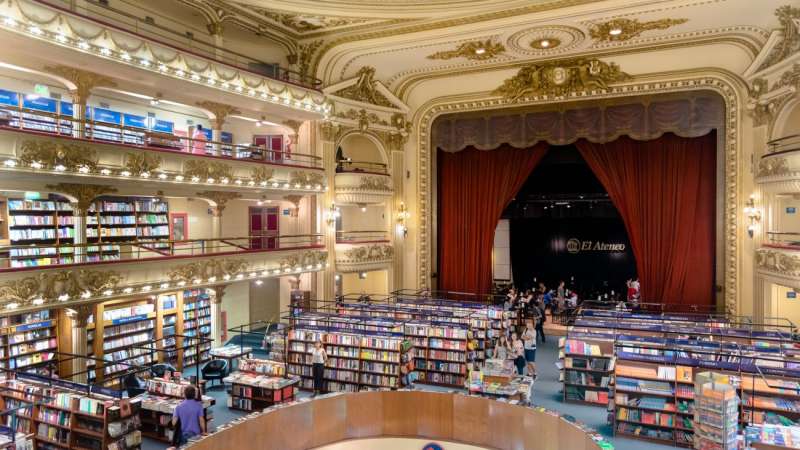