7 Strange Halloween Traditions from Around the World

Another country with unique traditions relating to the religious holiday of All Saint’s Day, which takes place on November 1st, is the Philippines. Although many young people today would much rather dress in costumes and go to parties, there used to be a popular tradition called pangangaluluwa, which involved young children dressing in long white drapery and going door to door on the eve of All Saint’s Day. Instead of asking for candy or treats, the young people would sing traditional prayers and songs in exchange for money.

Typically, the families that they visited would obligingly give them cash in exchange for these prayers, which were thought to benefit the souls of those still in purgatory. Although not many young people take part in pangangaluluwa traditions anymore, it’s experiencing a revival in more rural areas like Sariaya, near Mt. Banahaw. Usually, the money raised doing pangangaluluwa is donated to a charitable cause.

#ExperiencethePhilippines Culture Tuesday: honoring the dead,& the rural tradition of pangangaluluwa, celebrating the eve of All Souls' Day pic.twitter.com/1AvOyLtUb4

Although there’s nothing inherently spooky about Romania (they do have excellent healthcare and in 2017 had the highest economic growth rate of any EU country), they do have a spooky and mysterious reputation, likely because of the area called Transylvania that takes up a large chunk of the country. Transylvania was where Bram Stoker set his iconic novel Dracula, and has been associated with vampires ever since.

Every year, there’s a massive party at Bran Castle, which is just one of the Romanian castles that have been linked to this legend. Guests are invited to the castle grounds after hours, where a screening of a horror movie is followed up by a massive dance party that goes until 4 AM. Organized by a Transylvanian tourism organization, this party is perfect for people who live and breathe Halloween. After the party, you can spend a few days seeing other Dracula-related sites like Corvin Castle, where Vlad the Impaler was a prisoner. It’s rumored this castle is haunted. 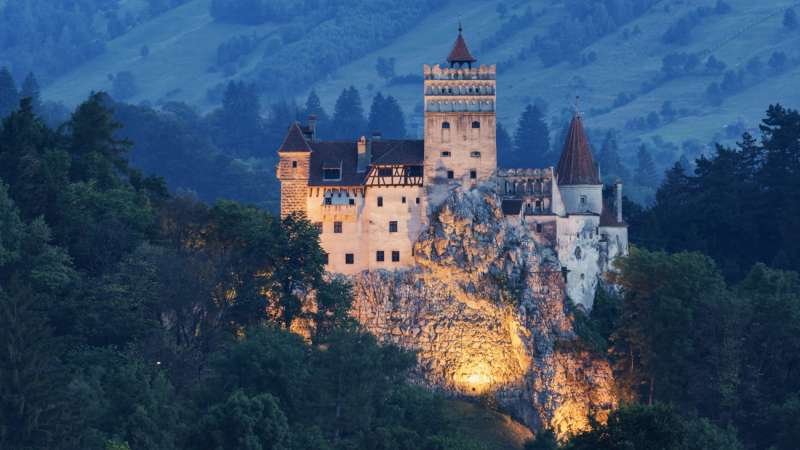