Welcome to one of the most amazing towns of Flanders! When you arrive in Ghent, the fourth largest city in Belgium (somewhere between Antwerp and Bruges), you should know that it is only 55 kilometers away from Brussels. Its natural scenery sprinkled with imposing monuments gives you a good hint of what you’re about to see during your visit. The town lies at the confluence of two rivers (Schledt and Lys), which divide it into countless smaller islands. When you say Ghent, you say port city, cultural hub, and university town – needless to say, there’s no chance you’ll getting bored too soon! 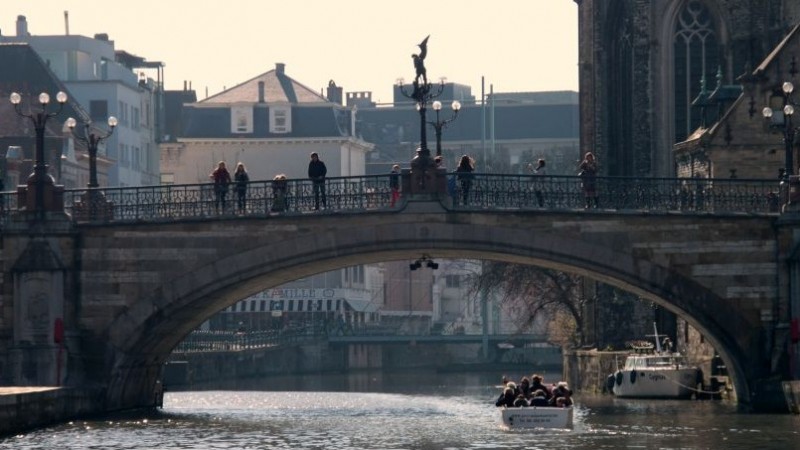 Get yourself ready, because I am here to show you 6 buildings that will leave you speechless. Churches, museums, castles, towers, town halls – each of them has its own dazzle to exhibit, its own story to tell.

With all of this being said, let’s start reading another page from your traveling book.

The Gravensteen Castle is located right in the heart of the city. Half of its walls are bathed by the Leie River’s waters which also protect the beautiful monument. It’s been said that this is the only place around Belgium where people can visualise the exact style of living adopted during the Middle Ages.

Also known as the Castle of the Counts, the Gravensteen imposing castle dates from the late 12th century and features plenty of medieval elements. These include a quite nice trench, turrets, a lot of small, narrow slits and a grand entrance. 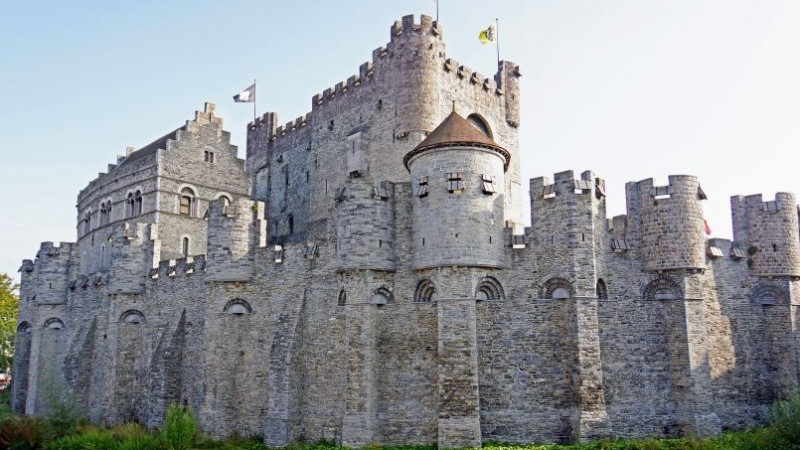 It was built by Count Philip of Alsace, inspired by the Knights of Palestine and their charming castles. The visit will be quite delightful; there are numerous explanation boards inside, written in several languages, that will guide you through the entire place. Keep in mind that most of the walls were built nine hundred years ago!

History and adventure, wars and defences – these are the ingredients that make Gravensteen Castle a special spot for tourists from all over the world.

Oh, and make sure that you allow sufficient time to explore the neighboring district, Patershol, where you’ll find even more medieval sights and monuments. 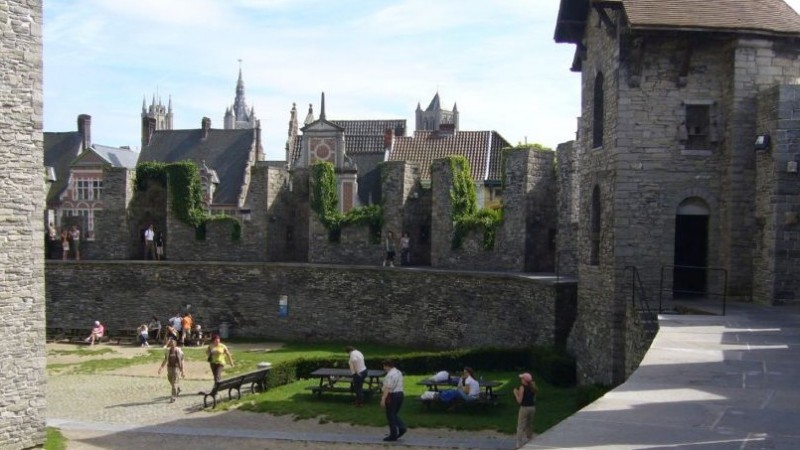 The Belfry (Belfort) is no less than 91 meters high and it’s the city’s symbol of independence. The tower is an UNESCO site and it’s crowned by a gilded copper dragon that is nowadays a replica of what was originally mounted up there back in 1377.

Both the monument’s entrance and its top offer beautiful views over Ghent and its surroundings. On the fourth floor we can see the clock’s mechanism (1670 – the oldest in Belgium), as well as the carillon of 52 bells. The belfry has also served to announce the exact time and the important events taking place in the city. 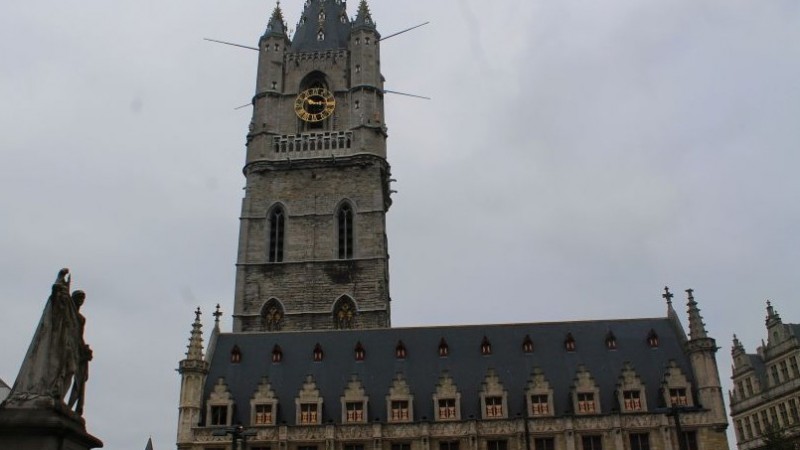 St. Bavo’s Cathedral is a majestic building made of brick and granite. It will entertain you with a Romanesque crypt, a bright interior and numerous unique paintings and sculptures. 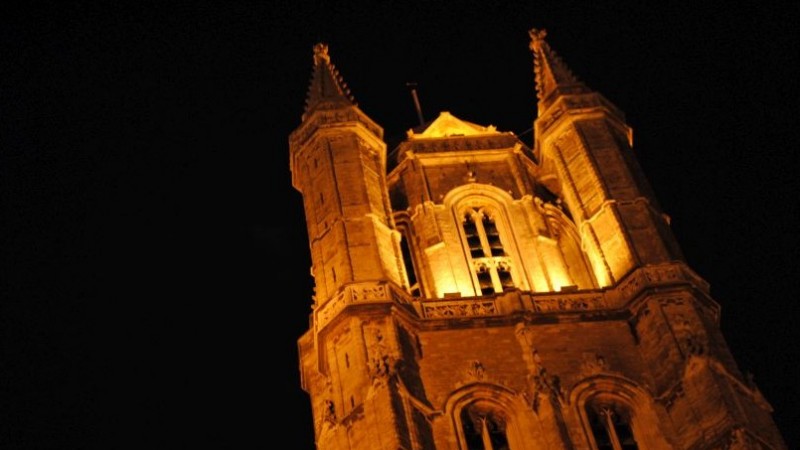 The cathedral’s chapel was turned into a Roman-style cathedral back in 1038. Its structure has undergone some changes between the 14th and 16th centuries; therefore, some beautiful Gothic influences can be seen and admired here. Also, a new choir and a tower were added to the imposing sanctuary.

Inside, the altar is the most important piece to be studied. The artwork is signed by the famous Van Eyck, one of Belgium’s biggest artists. Some of the paintings that you can see here were brought in 1816 by an English collector named Edward Solly. They were purchased in 1821 by the King of Prussia, Frederick William III. The place preserves an impressive collection of religious objects and artefacts. The oldest items date from the 8th century, while the most recent ones from the 1990s. The main work is the renowned medieval painting entitled The Adoration of the Mystic Lamb. 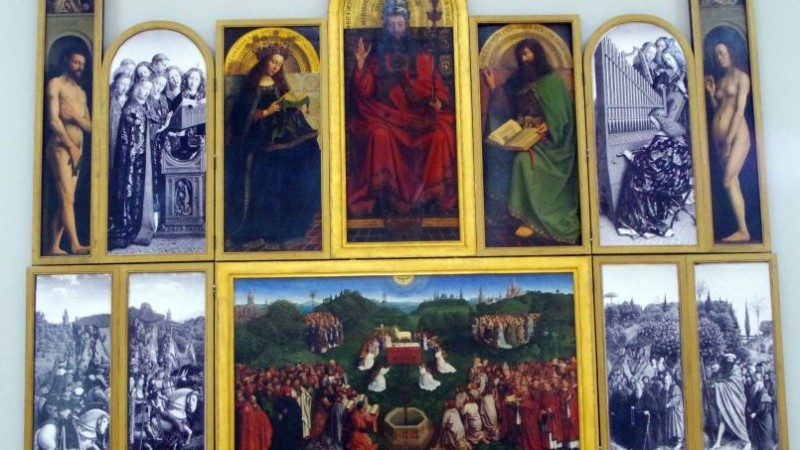