This charming bed-and-breakfast was constructed in 1889 by acclaimed architect William Lang, also known for designing the home of “Unsinkable” Molly Brown of Titanic fame. The building itself is a work of art; the exterior is made of stone from a local Colorado quarry with intricate details. Inside, beautiful stained-glass windows and wood carvings are found throughout the rooms.

The cozy rooms feature comfortable beds and historical artifacts, and some include fireplaces or en-suite Jacuzzis. Castle Marne offers high tea service and custom private dinners that will wow any foodie.  Packages are available for romantic stays, as well as for the eco-friendly guest – this package includes a $15 discount, free bike rental, and reusable water bottle. Rooms begin at $174. 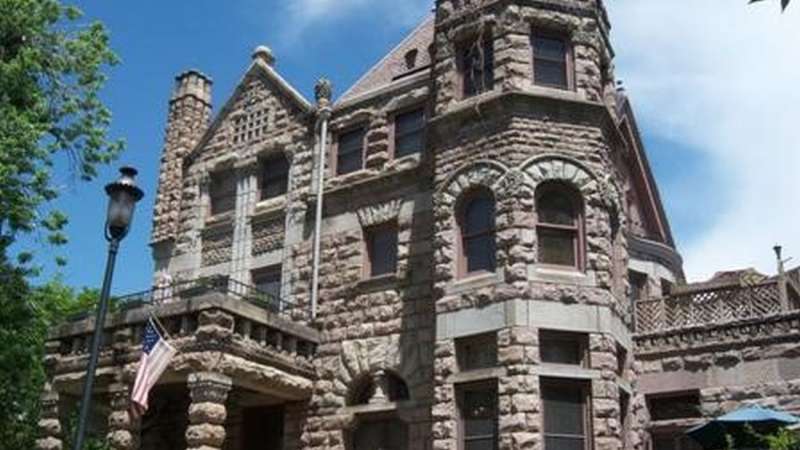 Designed as part of the Canadian Pacific Railway’s late 19th century initiative to attract more wealthy travelers, Le Chateau Frontenac was one of the most luxurious hotels in North America at the time. It opened in 1893 and offered a majestic view of the surrounding area as one of Quebec’s tallest buildings; plus, it’s perched atop a cliffside adjacent to the Saint Lawrence River. Today, Quebec’s Old City is a UNESCO heritage site, and the Frontenac’s location is ideal for exploring the city (and enjoying some delicious poutine).

Staff at Chateau Frontenac speak both English and French, and are praised for their warm service in many reviews. While the rooms are comfortable and have all the basics, it is the property’s history, beauty, and impeccable service that make it stand out. Rooms begin at $250. 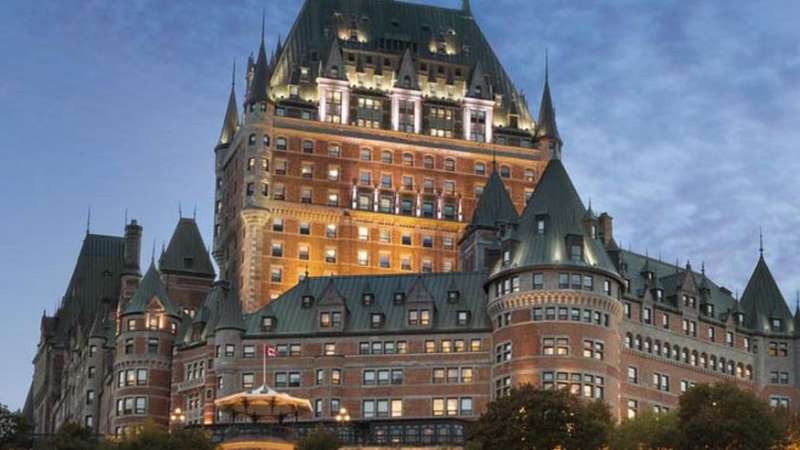 Another hotel constructed for the Canadian Pacific Railway, the Fairmont Banff Springs opened a couple years earlier than its Québécois sibling in 1888. The hotel, which has mountains on one side and the Bow River on the other, was mistakenly built in the opposite direction than the architect wanted, with the property’s back side facing the river instead of the mountain. However, a few expansions and renovations allowed the property to offer impressive water and forest views.

While the Frontenac is an urban property, Banff Springs is a mountain hideaway that boasts relaxation and entertainment year-round, from skiing to golf to massages at the Willow Stream Spa. The hotel offers an astounding 15 bar and restaurant options, and currently allows kids under 5 years old to eat for free. Rooms start from $350. 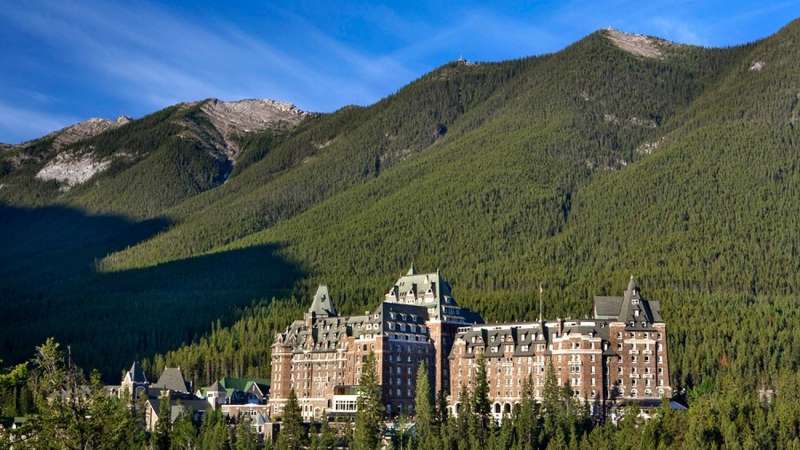