People have been eating chicken fried in oil since the 4th century, but what we know as fried chicken in the United States is completely a product of the South. It’s thought that the crispy, breaded style of fried chicken is a mashup of Scottish and West African cooking styles; slaves working in the South during the 18th century took the Scottish frying technique they witnessed and used it to fry chicken with their own battering and seasoning method. Many African-American women during periods of both slavery and segregation became well-known purveyors of delicious fried chicken using these methods. 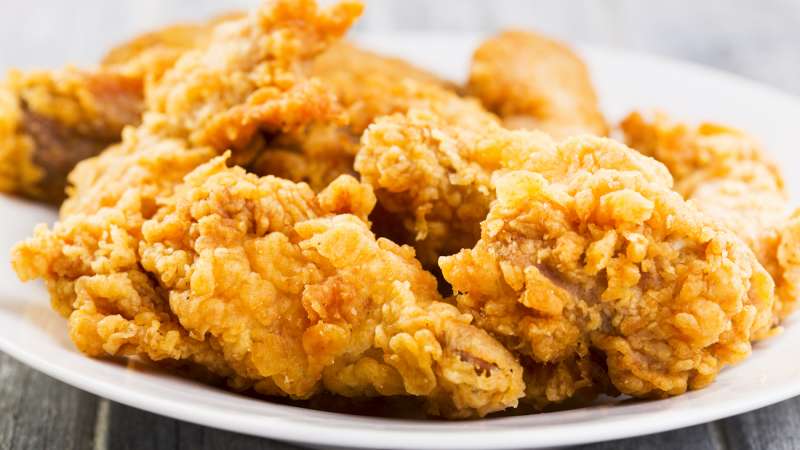 Another Southern meal inspired by wartime resourcefulness is the lowcountry boil. A large quantity of potatoes, smoked sausage, corn, and seafood are placed into a huge pot and boiled along with Old Bay seasoning until everything is cooked and tender. This meal is an easy way to feed a crowd – all you need to do is cover a table with newspaper, dump out the contents of the pot, and let people eat as much as they can handle. Popular seafood options include crab, shrimp, and lobster. 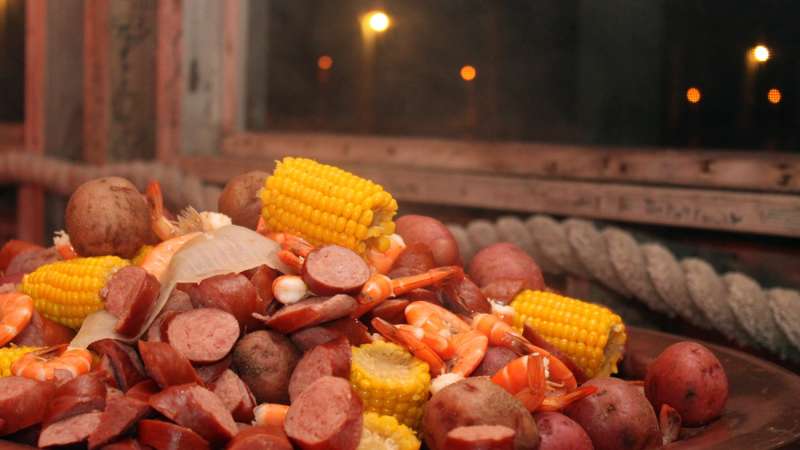 Equally popular in both Creole and Cajun cuisines, jambalaya is a delicious rice dish that starts with a base of onion, celery, and green bell pepper, and adds in meat like sausage and seafood. This dish can accommodate any protein you happen to have in the fridge, but more traditional jambalaya often includes smoked andouille sausage, crawfish, chicken, and shrimp. Though the two cultural takes on jambalaya are similar, Creole jambalaya contains tomatoes while Cajun jambalaya does not. Once the meat and vegetables are browned, rice and broth are added, and everything is cooked together. 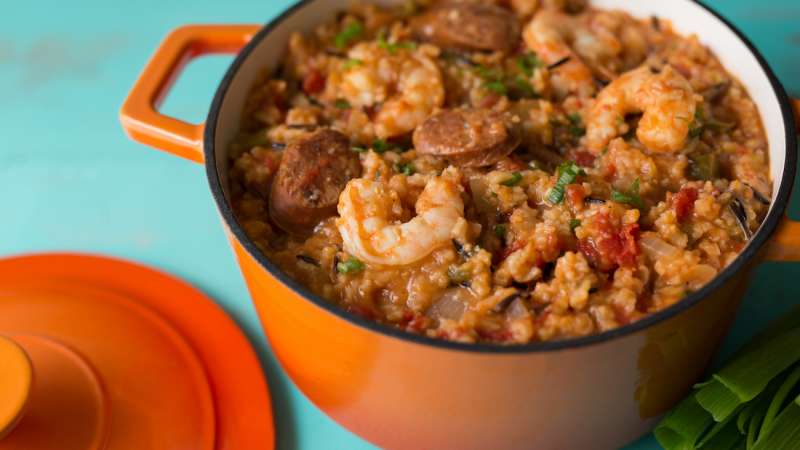