Toad in the Hole

Toad in the hole is one of those amazing British dishes that sounds ridiculous but tastes amazing. It’s made of sausages (usually English banger-style sausage links) that are baked inside a Yorkshire pudding batter, which creates a casserole-type dish that’s often served with steaming onion gravy.

It’s a warm and hearty meal, and can be found in restaurants, but it’s most often made at home. It’s just so easy. 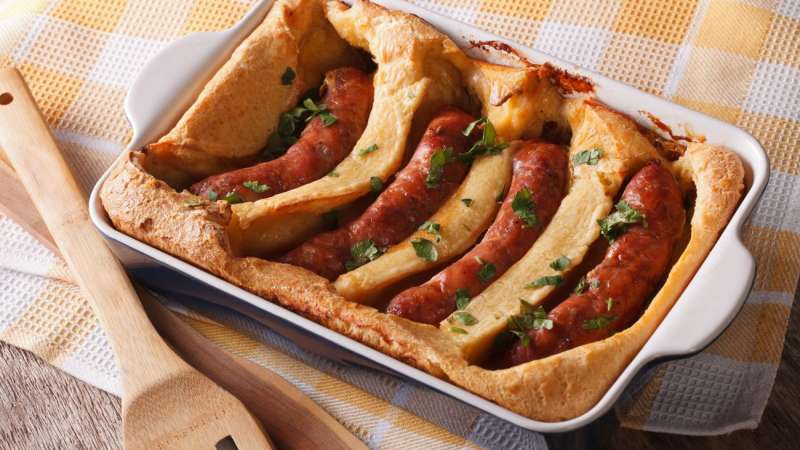 Lancashire hotpot was originally a staple food from the north of England where wet autumns give way to colder and wetter winters. This dish was thought to have been invented by millworkers at a time when not everyone had an oven at home. People could bring the pre-made dish and put it in the mill’s communal oven and it would be cooked by lunchtime.

The dish is composed of a savory mutton or lamb stew that’s covered with rounds of potato and cooked until steaming hot and golden brown. 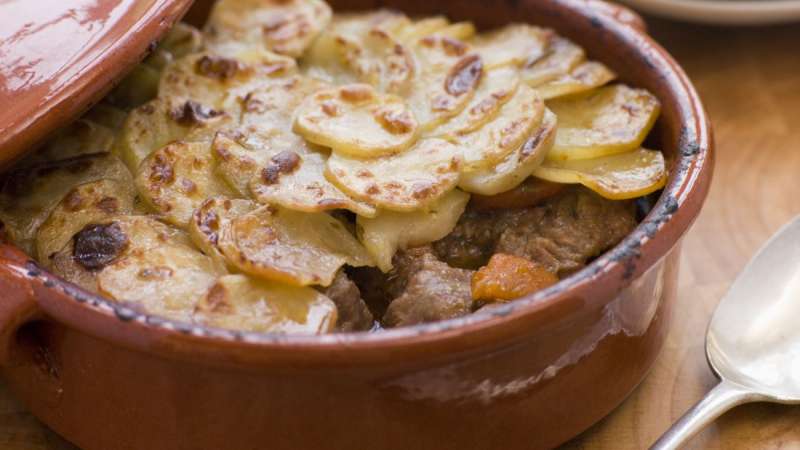 Sunday Roast is a deeply English tradition. It was eaten following church on Sunday during a time when many Christians fasted before Sunday’s church service. This large, hearty meal was their reward for a successful fast.

Traditionally, it comprised of a side of roast beef, which was served with deliciously spongy Yorkshire puddings, steamed or roasted veggies, and savory gravy made from pan drippings. Many UK pubs will serve this instead of their regular menu on Sundays. 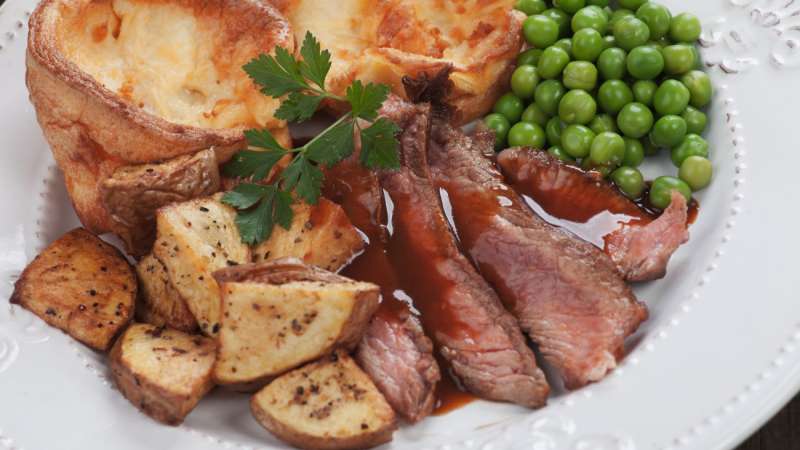